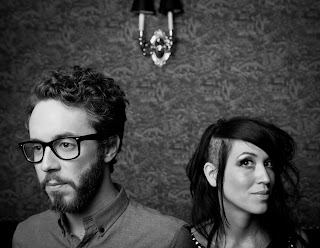 The personal lives of the principal characters of Smile Smile has remained public, given that guitarist/singer Ryan Hamilton and pianist/singer Jencey Hirunrusme were once a couple. In an inspiring clip about the concept of love, Smile Smile share a chemistry that few others can touch in their latest video “Marry A Stranger.”
Despite a typically horrific breakup, they continue to harmonize beautifully onstage throughout their performances. However, they have acknowledged that there was no hiding their story, so Smile Smile has decided instead to embrace it. Their previous full-length album Truth On Tape is a brutally honest examination of a relationship in a tangle, sung from the perspectives of two young lovers with the best intentions. The romantic misery is real, but Smile Smile always communicates an irreducible sense of hope, one that can be witnessed in the astounding video clip “Marry A Stranger.”
The song includes personal lyrics such as “it seems so much safer / than going through the whole damn thing again.” The sultry guitar riffs and extraordinary piano notes echo a sound resembling Fountains of Wayne, giving this Smile Smile song an eclectic, yet classy feel. This account of love captures the idea of how honest true love is, and when it is real there is no denying it.
Be on the lookout for this fascinating new video from one of HIP Video Promo’s favorite pop-rock duos!