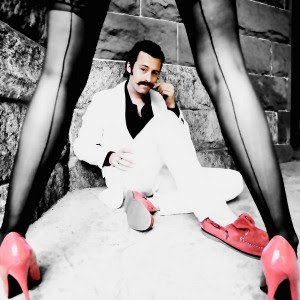 Della Valle, a Jersey boy into straight, in-your-face rock, is shifting gears for his next experiment–a new album in the works–featuring electro pop-rock that sizzles with sleaze.

Check out his first single below, titled “Legs So Long It’s Crazy.” The title should give you a good idea of how the song–and the video–plays out. It involves a little bit of S&M, a little bit of playing doctor, and lots of garters.

Della Valle jokingly said on his Web site that he thinks “these new songs are going to fall under the project title- Taboo.” He added that his goal “is to get it played at all strip joints- as well as Foot Lockers and Champs.”