The best ways to get your music video seen!

Armin Van Buuren, an artist with music recognized internationally, is one the world’s most famous EDM producers out there. He helped pave the road for electronic music, specifically trance, a subgenre where constant buildups and breakdown bring ravers on a journey of getting lost in the music then rejoicing in its release. Although Van Buuren started his career 18 years ago, he still headlines some of the most significant music festivals in the world, such as Ultra Music Festival in Miami, Florida and Tomorrowland Winter in France.

Experimenting with music at a young age, Van Buuren kicked off his musical endeavors by creating mixtapes and mixes on the computer his mom won when he was ten years old. He decided to go down the electronic path because of the energy, saying the rebellious sound was what attracted him to it. As a backup, Van Buuren studied law while producing and performing. The law degree was not needed because his musical career soared, taking on heights that many will never reach.

We were approached by Van Buuren’s team in 2005 to promote the video for “Another You (feat. Mr. Probz)”. A traditional trance song with flare, an anthem with infectious elegant melodies and relatable lyrics that remind listeners that it is okay to let go of people and things that don’t work out. “Another You” makes listeners want to get up dance, have a good time and free themselves of things that weigh them down. The song became a hit instantly, with over one million streams on Spotify only a few days after the song’s release.

Fourteen years later, Van Buuren’s career is still going strong, if not stronger. His recent release “Wild Wild Son (feat. Sam Martin)” has intense emotion attached to it. Since Martin’s lyrics about his (then) unborn son resonated with Van Buuren because of his own son, he made sure to make the production extra spectacular. Entwining real drums and strings with electronic beats, “Wild Wild Son” has a very authentic and heartfelt sentiment. Watch the video below:

We’ve been big fans of Armin van Buuren for a long time, and we can’t wait to see what budding artist becomes the next break-out star. Do you think your video has what it takes to be the next worldwide smash hit? Get in touch with Andy Gesner and the rest of the HIP Video Promo team by giving us a call at (732)-613-1779 or emailing us at info@HIPVideoPromo.com. 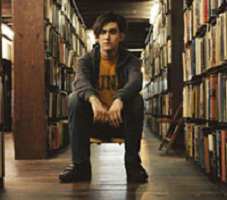