Check out HIP clients on 2019 year-end (and decade-end) best-of lists! 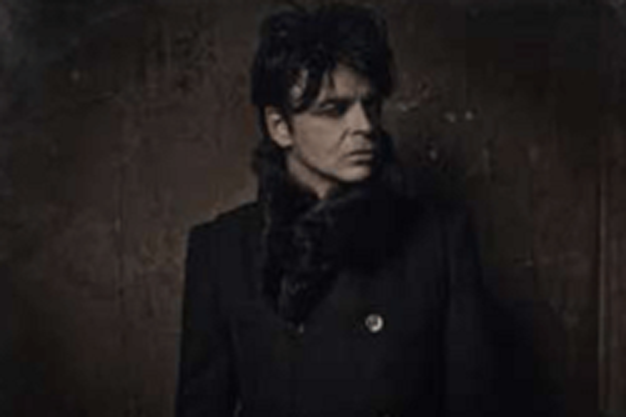 When it comes to determining which decade contributed most to the world of popular music, it is no question that the 1980s is the eternally burning flame that continues to define the way artists sound and create to this day. However, the eighties wouldn’t be anywhere near as prominent as it is now if it wasn’t for the ember that we call Gary Numan sparking the never-ending fire at the close of the late ’70s. Commonly regarded as the man that created the decade-defining synth-pop sound and helped set off the world’s obsession with gothic aesthetics, Numan was a musical pioneer who showed that electronic music wasn’t just meant for the experimental scene, but could also be used to reach the top of the charts.

First getting his start in the rough and tumble of London’s punk rock scene, Numan’s unique musical persona started to define itself when he decided to experiment with synthesizers that were left behind in the studio he and his band were recording in. Only needing to press one key, he immediately became enchanted by the versatility that electronics possessed and wondered why no one else had taken advantage of this untapped world of instrumentation. Soon after, Numan’s experimentation would become the defining factor of his band’s sophomore album and spawn the hit “Are Friends Electric?”, a track that explored sci-fi themes with gloomy and robotic rhythms. Along with the success of the iconic chart-topper “Cars,” Gary Numan’s simple faith in a meer keyboard spawned not only a successful pop career but also broke ground for a new musical revolution to take form in the eighties.

“Love Hurt Bleed”, which we promoted in 2014, not only stands out as a cutting edge music video that invokes the ethos of industrial music and dark cabaret, but is also a testament to Numan’s ability to stay on top of the music world after nearly 40 years in the business. Through this five minute masterpiece, fans see firsthand that Numan is still the gothic king that he used to be and still a big fan of the heavy synthesizer sound. Love Hurt Bleed is his chance to once again play around with themes of a dystopian society and the idea that technology can be a smothering force rather than a helpful one. With this video, Numan shows that he can still shock his audiences and simultaneously get them thinking about the world around them. This robotic singer is nowhere near being burnt out, and his fans can vouch for him on that part.

Gary Numan can easily be regarded as one of the most hardworking and respected men in the music business. Still consistently touring and making music after four decades in the game, Numan has done it all, from helping new electronic acts get their start in the scene to joining ranks with industrial giants like Nine Inch Nails to put on crowd-stunning and stadium-filling shows. Aside from his busy work schedule, the Cars singer has also found time to be a loving father to three daughters and a devoted husband. Things appear to be looking great for this timeless singer, and we wish him all the best for his career and his family in the start of 2020.