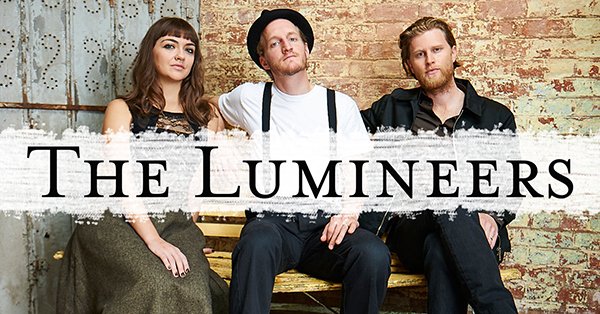 Here at HIP Video Promo, we’ve been working hard to promote music videos since the year 2000. It’s important to us to help younger and independent artists get the recognition they deserve, and it’s exciting to be on the ground floor with artists that become household names. Every Friday, we’ll be sharing a “Flashback Friday” video, where we get to reflect on one of our favorite videos from a few years ago.

One of our favorite videos we’ve worked on is The Lumineers video for “Ho Hey”. After the song was heard in a 2011 episode of Hart of Dixie, the video was released on March 11, 2012. Vocalist/ guitarist Wesley Schultz and drummer/ percussionist Jeremiah Fraites wrote the song about their time living and pursuing music in New York, “where everyone is pretty indifferent”, Schultz told American Songwriter. He went on to say that he “figured if we could punctuate it with shouts we might get someone’s attention.” They did, indeed, get “someone’s” attention, reaching the Top 10 in countries all over the world.

The “Ho Hey” music video shows Schultz, Fraites, and cellist Neyla Pekarek singing and walking through the halls of the former Linda Vista Hospital, lights blinking with the rhythm of the song. They’re soon seen in a room full of fans dressed just like them. Confetti goes off, hats are thrown in the air, and everyone is singing along, having a good time.

“Ho Hey” had its television premiere on CMT, MTV, and VH1, and the Lumineers were soon featured extensively on VH1’s YOU OUGHTA KNOW as well as CMT Edge and CMT’s digital concert series CONCRETE COUNTRY. “Ho Hey” was heard on various TV shows and commercials, and the single eventually became certified four times platinum by the RIAA.

Since the success of the “Ho Hey” music video, we’ve worked with The Lumineers for two more music videos: “Stubborn Love” in 2013 and “Ophelia” in 2016 from their sophomore album Cleopatra. From day one, we’ve been of fan of how honest The Lumineers are in their music, and how they take it back to basics; on his love of audience participation and the importance of keeping it simple, Fraites told The Chicago Tribune, “There is so much digital-ness all around us. People are almost taken aback when you do the opposite of that. It’s inspiring.”

The Lumineers are currently on their Cleopatra World Tour. Last month, they played to a sold-out crowd at the world’s most famous arena- Madison Square Garden in New York City. That’s a milestone for any artist, but it feels especially important for Schultz and Fraites, who grew up in nearby Ramsey, NJ. Things only keep getting better for The Lumineers: this summer, they’ll head out on a massive tour supporting legends U2 on the Joshua Tree Tour (see those tour dates here).