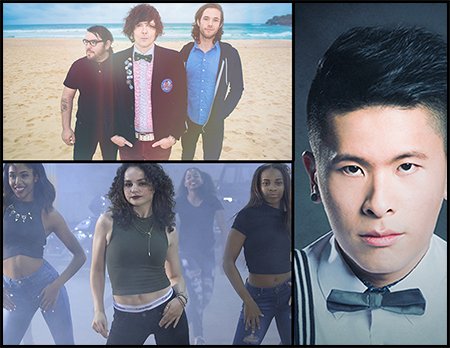 Spring has sprung and with some sunshine here at HIP HQ in New Jersey, we’re all in a good mood and ready for new music! We’re always working hard to promote great new music videos and help them get the airplay, placement, and promotional coverage that they deserve. From indie rock to hip hop to everything in between, we do it all!

To keep you in the loop, here’s a round-up of what we’ve been working on over the past week…

Kevin Tiah’s brand new “Fight For You” music video is his first as a solo artist. From this heartfelt, piano-driven ballad about the stages our romantic relationships go through, one might be surprised to learn that Tiah got his start in music as the lead vocalist and guitarist of a prominent post-hardcore/screamo band in Sydney. Kevin Tiah has a widely-varied background and we’re excited to see what genres he explores next.

We’ve worked with Jersey girl Carolyn Marie to promote some other music videos, and her latest effort- the “Wanna Be Cool” music video- is absolutely stellar. Carolyn rolls up to a warehouse in a Jeep Wrangler, and immediately begins a dance routine. As she leads a crew in a routine that’s part hip-hop and part ballet, she sings about the trials and tribulations of “wanting to be cool” and fitting in. “Wanna Be Cool” shows more of a rock influence than her past material- perhaps there will be more of that on her upcoming debut album.

Our clients Beach Slang will be stopping by Baeble Music HQ in Brooklyn for a live performance next week. Baeble creates original videos of both interviews and live performances with artists of all genres that are on the rise; last year, our client Astronautalis filmed a Freestyle Session where he showed off his ability to spit rhymes on the spot. We most recently worked with Beach Slang for the “Punks In A Disco Bar” music video; their latest album, A Loud Bash Of Teenage Feelings, is everything we know and love from the Philadelphia punks. Beach Slang is currently on tour supporting Minus The Bear; later this spring they’ll head out on the road with Jimmy Eat World.