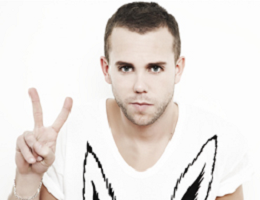 No one has had quite the ride the past two decades like Anthony Gonzalez of M83. He has released eight studio albums, rebranded his style multiple times, and Hurry Up, We’re Dreaming was Grammy-nominated for Best Alternative Album in 2012. He showed much interest in football as a teenager but turned to guitar after getting injured. In 2001, the original lineup included Nicolas Fromageau, but the two parted ways after the release of their second album, Dead Cities, Red Seas & Lost Ghosts.

The blend of synthpop and shoegaze melted with minimal soundscapes make listeners feel like they’re resting on a digital shore, staring up at the ethereal stars. Signing to Mute Records helped M83 reach international acclaim outside of European territory. Gonzalez has a way of associating vibrant nostalgia and brilliant movie score expressions into his music. Interestingly, he partially wanted fans to forget about his hit, “Midnight City,” the crowd-pleaser that has amassed over 459 million streams on Spotify. Although he feels extremely fortunate with the invention of the track, he does not want to be defined by it and does not want fans always to expect similar sounding music.

Gonzalez had an interesting approach to creating his 2009 video “We Own the Sky”. He decided to host an open call, a contest for prospective video directors to make the video, and the response he received was so overwhelming he had to push the deadline back. We were then honored to promote the video by the winning directors, Alex Takacs and Joe Nankin of Young Replicant. Gonzalez himself chose the perfect portrayal of teenagerhood. Young urbanites are on an idyllic trip to the countryside, innocently basking in the sun and climbing in the hills. Random white geometric shapes float through the sky and cast shadows on their sunny day, only to reward them with cosmic confetti as they continue to float through the rest of Paris.

M83 released DSVII in 2019, a follow up to the fairly ambient Digital Shades Vol.1 proving Gonzalez’s growth as a composer and a reset of his redirection. The video for “Lune de Fiel” is the second part to Extazus, a three-part short film inspired by DSVII. The invention of the author’s new heroine, Peach Machine, blurs the lines between reality and fictional universe. Just like the first clip, “Lune de Fiel” continues in black and white filled with hooded and masked creatures of psychedelic interpretation.