HIP presents our new podcast: HIP To The Scene! 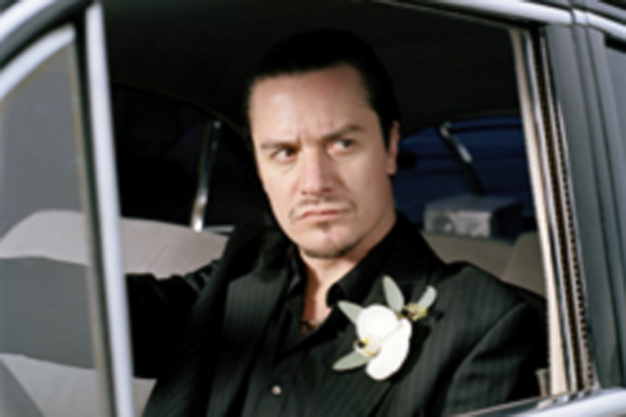 Here at HIP Video Promo, we’ve been working hard to promote music videos since 2000. It’s important to us to help younger and independent artists get the recognition they deserve. It’s exciting to be on the ground floor with artists that become household names (and with over 3400 videos under our belts in 20 years, there are quite a few). Every Friday, we’ll share a “Flashback Friday” video, where we get to reflect on one of our favorite videos from a few years ago.

Do yourself a favor: if you don’t know who Mike Patton is, get out from that rock you’ve been living under and listen to any of the fantastic works he’s made in his lifetime. An impressively versatile vocalist, this man’s career can be best described by the word “range.” Not only does he belt the high notes and croon with the low and heavy, but he also has an impressive genre-bending quality to him that can be found in only one other musician: the late and great David Bowie. From his time spent in his experimental group Mr. Bungle to the years he spent jamming with alt-metal titans Faith No More, Patton’s artistry is appreciated by an eclectic and wide range of fans. And just as the experimental and metal worlds weren’t safe from Patton’s grasp, the same fate goes to the pop world with Patton’s side project Peeping Tom.

Described by Patton as “the type of music I’d want to hear on the radio,” Peeping Tom is a side project that has spent many years in the works. Originally conceived in 2000, Patton saw this project as his chance to get into more pop-oriented music, a domain that he hadn’t wet his feet in yet, but was eager to get a start in. However, given the extensive touring and recording schedule with all of his other projects, the dream for Peeping Tom was pushed all the way into 2006. Once he finally had the time to put in an effort on Peeping Tom, Patton held nothing back in collaboration. He enlisted the help of some of music’s most well-known names to get the ball rolling on. From Norah Jones to Massive Attack, Patton had a whole team to help him tap into a part of the industry he had only seen from a distance. In 2006, he finally released the self-titled Peeping Tom album to critical acclaim, with some describing it as “his most accessible work” since the Mr. Bungle album California. Patton wanted this project to be pop, and he wanted it to be pop worth listening to.

While Patton decided that Peeping Tom would operate as a new, hard-hitting form of popular music, he attempted to follow a similar formula when it came to creating the music video to “Mojo.” “Mojo,” in the broadest of terms, is a critique of the consumer culture that we find ourselves in. Instead of being shown only one storyline, the audience is exposed to a multitude of different “channels” that are being flipped through with relative ease and carelessness. From cop reality shows to bodybuilding commercials, “Mojo” holds nothing back in mocking the social phenoms that we have become rather addicted to. Featuring appearances from Mark Hoppus of Blink 182 and famous actor Danny Devito, this video shows the extreme effort that Patton has put into this project.

As of today, Peeping Tom is a defunct project, but that doesn’t mean Mike Patton isn’t still creating and performing. Since 2009, he and his band Faith No More have been touring worldwide, only taking a break to record 2015’s Sol Invictus. Aside from that, Patton has made major headlines for playing a big role in Mr. Bungle’s recent reunion and has gone on to score multiple soundtracks for films such as The Place Beyond The Pines and Stephen King’s 1922. Described by many as a creative workaholic, Mike Patton has a love for music that knows no bounds. It makes you wonder what exactly he’s going to be doing next.