Vulture Whale mixes influences from Alabama, New York and beyond

of Montreal performs on Letterman 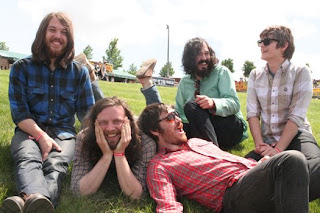 Fleet Foxes–announced by Connan O’Brien as having produced “the most critically acclaimed albums of 2008” stepped onto the set of his late show on Dec. 16, bringing with them the song “English House.” They rocked it out with their signature classical harmonies, and playful guitar banter.

This I expected to see, but what I didn’t know was that “English House” also rocks a glockenspiel and maracas.

Conan O’Brien finished off his show by calling the Fleet Foxes “hepcats.”

Check out the video on Blog Mule.