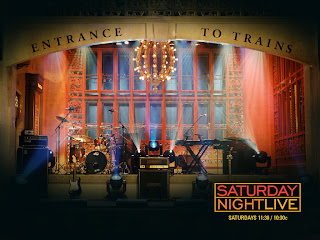 The award-winning, long-haired indie rockers are not done yet.

The Fleet Foxes have been topping charts and toppling pre-conceptions of what rock music is this past year, and they’re not stopping anytime soon. They’re not stepping out of their well-deserved limelight.

A testament to that is their recently acquired Saturday Night Live gig–they’re going be playing on-set this coming weekend.

According to NME, they’re only the sixth independently signed band in SNL’s history to get a spot on the show.

They will be performing “Blue Ridge Mountains” and “Mykonos.”