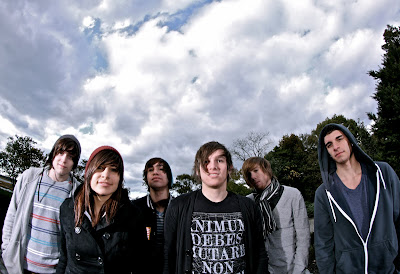 Love, Robot is no ordinary start up band. Despite their relatively new entry into the music scene, these young musicians are already paving their way to national recognition with the hands of their followers. In order to afford these gorgeous and flashy videos, the group raised funds through a special performance at a local university. This is a testament to the group, their music and their grassroots punk ethic, as many of their contemporaries now rely on easy money coming from dubious sources. How did they manage to pull it off? Well, that’s easy: Love, Robot’s unique and pop punk friendly sound involves trading vocals from singers Alexa and Jon that are simply impossible to resist. Oh, and they have a massive fansite dedicated to their every move – something even some of the more successful groups can’t pull off.

“Lighthouse” is as serene as it is absolutely breathtaking. The clip surrounds itself with atmosphere from scene to scene as the heroine of the clip sits by a lake waiting for her soldier to return home. Love, Robot sings of the metaphorical lighthouses in our lives, such as the people closest to us, and how just thinking of them can guide us during our personal storms. As the two singers deliver the lines “Close your eyes , I’ll keep you safe,” the clip’s heroine imagines the dangers her significant other must be going through, and it places her into a swirling body of water. Fortunately, the video ends in full emotional relief, as her man returns home to the safety of her embrace. The clip balances story and performance, with scenes of the band as they perform their song on a subway train. Somewhere between Deja Entendu-era Brand New and young John Mayer, “Lighthouse” is a powerhouse acoustically driven hit-in-waiting.

Changing gears, but still speeding, Love, Robot’s “Things You Do” is a major contrast to the mellow tone of its sister clip. In this upbeat pop punk extravaganza, the main character is a nerdy, yet completely deserving individual who is absolutely devastated by a beautiful girl in every way. And when we say devastated, we mean completely humiliated, as she tortures him by flirting and leading him on, only to spill ice cream all over his clothes for kicks! Don’t worry though, what comes around, goes around. Once the band gets notice of what went down, they appear on the scene and Alexa punches the much deserving snob in the face! To keep things even more exciting, Love, Robot’s performance scenes are all fully submersed in a swimming pool.