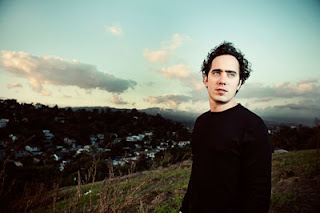 What exactly is Heartour? Of course, we know Heartour as a part of the HIP family and a supremely talented artist, but in modern language the word itself has a unique look and pronunciation, almost like a marriage between several words. Heart and our? Hear and tour? He art and our? The point we’re trying to make here is that just like the name itself has a uniqueness to it that we can’t quite put our finger on, the sound of Heartour is a unique blend of pop, electronic, and even a hint of show tune musical. Heartour is a one man show, the brainchild of Jason Young, who cut his teeth as the drummer for indie rock band The Ruse. Sitting behind the kit for all those years must have allowed him to bank lots of ideas and accumulate a wealth of musical prowess, because as far as artists go, Heartour is one of the more prolific acts on the scene today.

This keen attention to detail and unique approach also translates perfectly to the visual side of things as well. When we first introduced you to Heartour, it was with the video for “Showgirl & The Clown”, which had all the choreography and liveliness that would make even the best Broadway production envious. How many contemporary songs can you say you know that feature the accordion as the prominent instrument. Young overtook a city center with a huge crowd of friends for “Showgirl”, but when he returned for his follow up video “Yaaay!” he pulled a near 180 degree turn with the appearance. His face is the only one seen in the entire video, which was shot in a dark, musty and cobweb filled room that looks like the home of a musical mad scientist. In many ways, it’s quite fitting for the Heartour approach to music. “Yaaay!” was our first taste of music from his new album, Submarine Sounds, which is a grand and lush collection of songs that have done a tremendous job in garnering Mr. Young many of the accolades he has worked so hard to deserve.

Naturally, when we got word that there would be another video coming for the new single, “Good Thing”, our initial thought was “what will he do next?” According to Young, it was his interest in surreal art that inspired this clip. “I’m very interested in surreal art and have always wanted to incorporate effects that could warp and shift images just as they do in our sleeping mind” he says, which pretty much sums up the vibe of the video.Click here for the full bio on HIPVideoPromo.com!