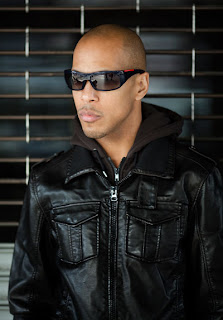 It seems like it was really just a matter of time before we crossed paths with recording artist, Jeremy Carr.  He is a New York City based artist who has collaborated with some of the HIP clients we all know and love like Patent Pending and Ultra Records (JES) while making a name for himself these past few years.  He’s an artist who is as comfortable with RnB and Hip Hop as he is with House and Pop/Punk music.  Jeremy is like many artists who get their first recognition in Europe; he started in 2007 with two Pop Hits in The Netherlands (“Turn The Lights Off” and “Physical Attraction”) before breaking in Spain with “Sexy Girl” and “Deep At Night”.  It was in 2008 when Carr earned his first charting success in The United States.  It would be “Deep At Night” that would first be recognized in The United States as a Billboard Top-10 Dance Hit.  The record also got a nomination for Best Progressive House/Trance Track at The Dance Music Awards in 2009.  In 2010 he made his first of many trips recording and touring in Scandinavia which would yield 3 Pop Hits in 2011 and early 2012 which included the #1 Dance Hit Record “Celebrate Life” as well as “Happiness” and “Live Forever”.
When he isn’t touring, you can usually find Jeremy holed up at the studios in New York City’s Stadiumred where he writes and records most of his music.  The premier facility houses 5 studios working with a wide variety of artists from Yoyoma to Chris Brown, Talib Kweli and Ludacris to name a few.