Get my music on TV, commercials, and digital content: AJ Tobey answers on HIP To The Scene #6 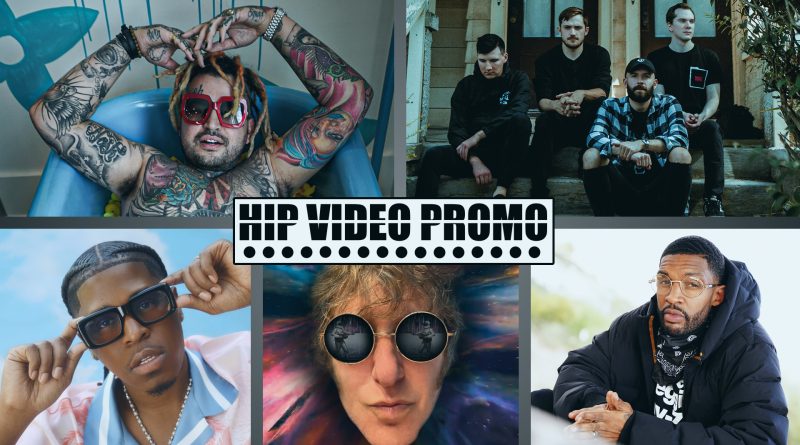 From the Midwest to the Coasts, good music and great videos can be found all around the nation. The latest HIP Picks – Weekly Client Roundup is here; take a look at the videos, and learn more about the clips by reading below. From Chicago to Florida comes Chayo Nash, the first signing to T-Pain’s own Nappy Boy Entertainment. “Like Dis” isn’t their first track together, but it perfectly showcases their chemistry and collective dynamism. Directed by G Visuals, the “Like Dis” music video captures Chayo Nash and T-Pain in classic stoner posture, transported to a funhouse universe.

Neil Nathan has been likened to many rock n roll greats: Cat Stevens, The Beatles, Dylan, Springsteen, Leonard Cohen, Roger Waters. “You’re My Lady” is his latest single. It was produced by Mike ‘Slo-Mo’ Brenner (Wild Pink, Jason Molina) and recorded by Pete Rydberg at Studio 1935 in Philadelphia, and the video (directed by Artemis Visuals and Neil Nathan) blasts off into the stratosphere.

“As Good As It Gets” Music Video: Wolf Rd (Rock/acoustic)

Chicago quartet Wolf Rd were hometown heroes from the start, beginning with a sold-out show marking the release of their 2019 debut EP Nowhere Around You. “As Good As It Gets”, from this spring’s Counterpoint EP, showcases a more delicate side of the band with guest vocals by Sylvia Mendez. The “As Good As It Gets” video (directed by Eddie Curran) opens up on the aftermath of a birthday party, acting as a metaphor for the rollercoaster relationship depicted in the song.

Jor’Dan Armstrong knows plenty about shaking things up; his passion for music stemmed from attending church frequently as a kid. “My God” is a seamless crossover from gospel to hip-hop. Featuring Lil Yachty as a luxury car salemsan, the “My God” video (directed by CreedLife) sees him ride in a sleek blue Lamborghini, lay his verses in the middle of a basketball court, and bask in his dance moves.