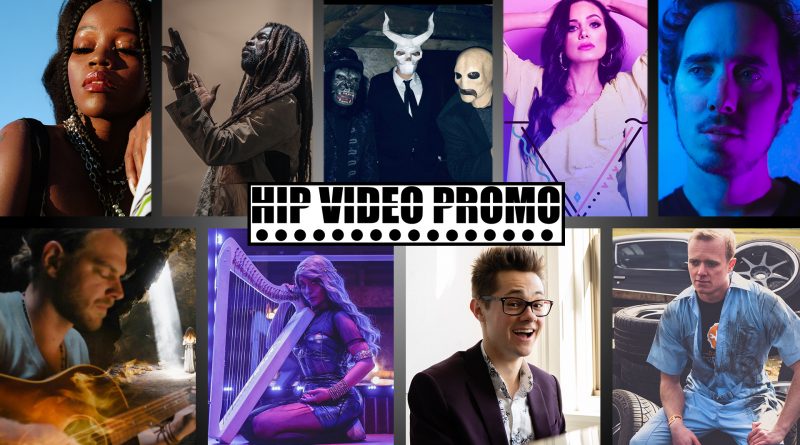 WordPress Image Carousel
All of us here at HIP are grateful to be able to stay safe at home; and many of our beloved clients haven’t let it stop them from being as creative as ever. In fact, many artists are recording and releasing brand new videos entirely in isolation! Our newest HIP Picks – Weekly Client Roundup is here- take a look at the videos above, and learn more about the clips by clicking on the links below.

With sets at Reading and Leads and Governors Ball, and tours with Mark Ronson and Charli XCX, Tkay Maidza is now gearing up to release the next volume of her Last Year Was Weird release. The video for lead single “Shook” was directed by Jenna Marsh (Beyoncé, Nicki Minaj) and shows off a myriad of Maidza’s very own ideas.

Jason Young, the brains behind Heartour, is preparing to release R U IN, his fifth album and the most adventurous release yet. R U IN was mixed by Tony Hoffer, who has given shape to the dreams of Beck, M83, Belle & Sebastian, and Metric, to name a few. “Let The Robots Drive” is paired with a psychedelic ultra-colorful animated clip by Steffen Heil, keeping things high-spirited but hinting at danger and trouble in paradise.

Proud Ghanian artist Rocky Dawuni combines reggae, dancehall, soul, afro-pop, highlife, and traditional West African music for a distinctive sound: his sixth album Branches of the Same Tree was nominated for a Grammy Award. “Champion Arise” from the Beats of Zion album is accompanied by a video directed by Jon Riera and Casey Bridges. The “Champion Arise” video was shot at Tuff Ghana Studio Africa, a legendary studio built by Rita Marley in honor of Bob Marley that was destroyed by a fire in 2010; and Woodshed Studios in Malibu, CA, parts of which were destroyed by the Malibue fire of 2018. But no matter the destruction, hope will prevail.

Detroit-born songwriter David Drake has been many things – frontman and sideman, singer and guitarist, recording artist and studio owner, screen actor and filmmaker – and on his upcoming album Imaginary Movies, he steps to center stage. “Shooting Arrows At The Sun” is a perfect four-minute encapsulation of the album, and in a nod to the many roles he’s played during his time making music, the video features three different David Drakes: two are barefoot singers strumming and singing on the pavement, and one is a hard-boozing guardian of a handsome yard.

Avant-Metal three-piece Bovine Nightmares bring their warped vision of dark riffs, maniacal crooning and growling, and time signature mayhem from Bethlehem, PA all around the Northeast. “Giving Little Robots To Children” is the masked three-piece’s latest single, and it’s accompanied by a weirdly cute, but mostly upsetting clip that the band directed themselves.

When Atlanta singer, songwriter and harpist IVEEN plays her instrument, you’ll see loveliness in motion. Her debut single “Orion” showcases her ability to move effortlessly between pop immediacy and near-classical grace. Iveen and Darrick Atwater together created a visual that shows the artist plucking her harp in a series of stunning locations as meteors crash from the heavens to the earth; the men and women lucky enough to find them gather in a circle to dance, drum, and celebrate their magnificence.

Twin Cities rapper Reverse Mechanic is putting his skills to the test with his Best Proposal Ever LP. “Run” finds him looking nowhere but forward, as he chronicles his recent courtship and proposal. The clip for Best Proposal Ever is one unbroken music video for the eight songs on the album, and “Run” sees Joe and his beloved Angela still dating, the knee not yet bent, set during one of their shared adventures.

Singer, songwriter, and multi-instrumentalist John Paciga is one of many artists that make us proud to call New Jersey home. “Big Hit Song”, from his brand new album Still Got Me, is an acknowledgement of his ambitions, so it’s only fitting that Paciga created the accompanying clip all by himself. Here, he’s giving his instruments a workout – and for three and a half minutes, his suburban basement is as lively and welcoming as any pop-rock club.

“If I Could” Music Video: V. Contreras (Pop)

Social distancing isn’t going to stop creative people like V. Contreras – who you may know her time spent singing The National Anthem for Mariners and Sounders games, fronting the Seattle Rock Orchestra, or opening for Collective Soul -from making songs, and the blessings of modern connectivity have kept her productively tethered to her collaborators. The new single and video “If I Could”, which features strings arranged by Andrew Joslyn (co-writer and arranger for Macklemore, Kesha, and Leslie Odem Jr.) and with lyrics written by Andrew and Madison Joslyn and V. Contreras, was created entirely in isolation. Split screens and technology, thankfully, have brought everyone together.