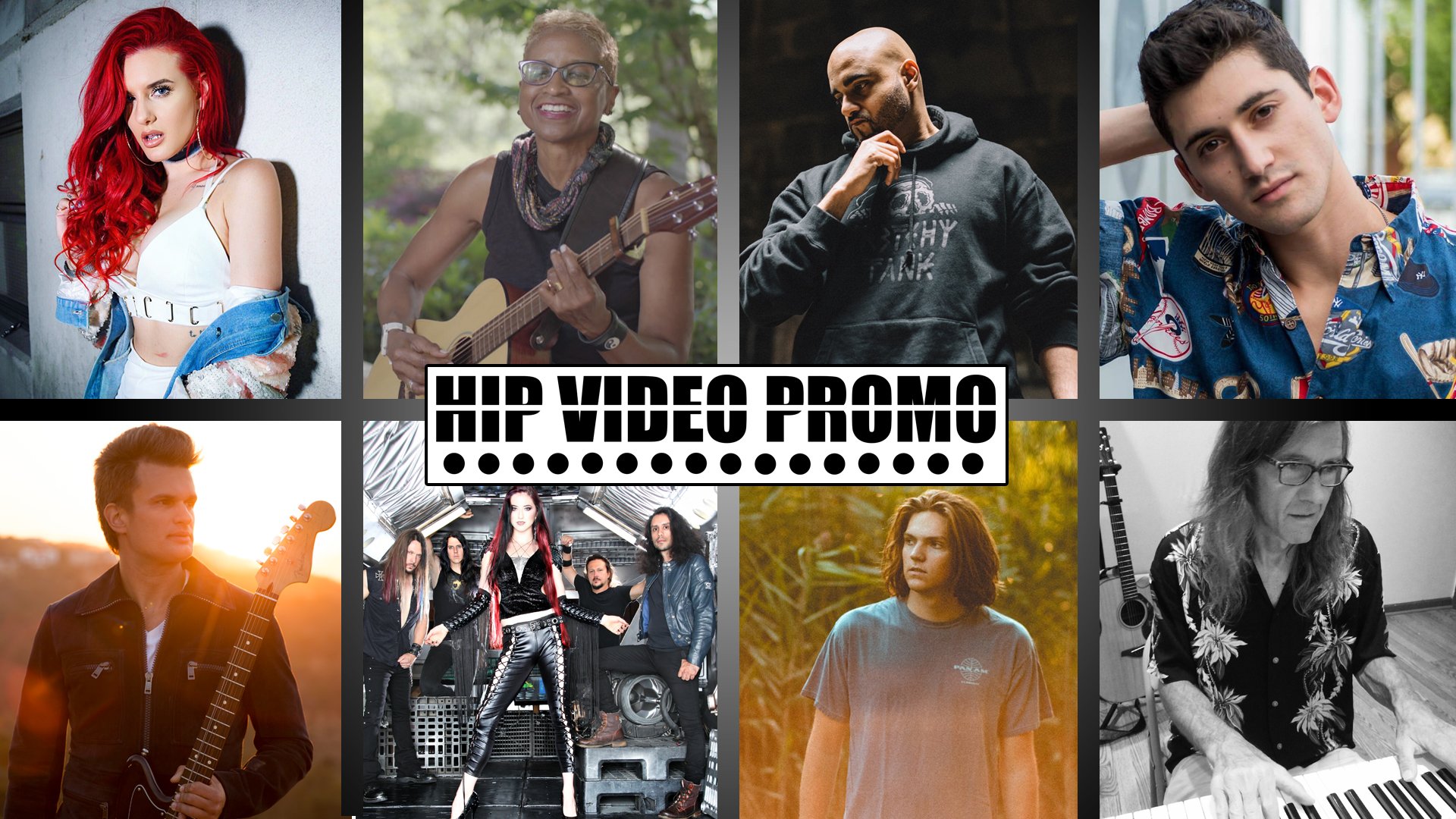 Wow, have we been busy here at HIP HQ in South River, New Jersey! We’ve got eight brand new videos to share with you this week and they cross all genre lines. It’s a thrill to continue partnering with long-time clients and there’s an exciting buzz in the air as we talk about bringing new artists to programmers and viewers nationwide. The newest weekly client roundup of HIP Picks gives the low-down on some of our current projects, and we’ll tell you a little bit about each one below.

There are few forces in popular music as formidable as a great producer on a mission, and Ashok Kailath- known to most as ash.ØK– is a perfect example of that. His debut album The Unraveled blends dance music, world music, progressive rock, modern pop, and leftfield experimental sounds, with a sound that’s undeniably ash.ØK. The music video for “The Unraveled” follows a young married couple trapped in their problems, and leaves us with the message that in order for a happy ending, we need to depend on each other.

Our fellow New Jersey native Justina Valentine is nothing if not prolific, and after the “Crushin On You” (feat. M80) and “Sunlight” videos earlier this year, she’s back with her newest visual for “Deep End.” Once again she’s partnered with director Ronald Reid, for a stellar clip that shows her desire to dive deeper and get closer with her male co-star.

Paula Boggs has lived several lives within this one: she has degrees from UC Berkeley’s School of Law and John Hopkins University, served as an officer in the U.S. Military, became Assistant U.S. Attorney for the Western District of Washington, was a partner at the firm of Preston Gates & Ellis, Vice President at Dell Corporation, and Executive Vice President, General Council, and Secretary of the Starbucks Corporation, and now, shares her stories (she’s got plenty) through the Paula Boggs Band. The Paula Boggs Band take “Holocene” (originally written by Justin Vernon of Bon Iver) and add their homegrown “soulgrass” sound to the beautifully atmospheric track. Their video for “Holocene” shines light on the band’s ability to grow and desire to promote peace and be a positive force in music.

From chilly Michigan to sunny California- with a constant presence of driven, creative individuals- comes the one and only Austin David. His video for “Find Me A New Way” is pure California party music that nods to 80s and 90s pop and EDM. The scenes change seamlessly as David is surrounded by a trio of female dancers, but wherever he goes the sun is shining and a party is surely just around the corner.

With all that California has to offer, should we really be surprised at the number of artists who move their to pursue their career? Jack Shields blends rock, hip hop, and folk with a unique storytelling ability. “Leaving California” talks about his choice to leave Connecticut and head out West, but in this tale it’s not a permanent escape.

From Texas to Seattle to his current home in Maui, Hawaii comes John Hickman, who released his debut album Remnants last September. After the release of “Hello Hello” earlier this year he’s bringing us “Cascade”, which sees his voice soar over memorable drumming and infectious synthesizer. The “Cascade” clip shows the psychedelic side to the 1960s and 70s with animation by Micah Buzan. An oversized moon peeks through the mountains and various sea creatures float through space; all the while Hickman again appears in cartoon form, orbiting throughout the galaxy in a bubble.

At only 23 years old, pop singer songwriter Jared Dylan has already performed with some of the biggest names in music, including members of Grand Funk Railroad, Badfinger, and Alice Cooper and has opened for acts like Andy Grammer and We the Kings. Growing up in the spotlight has given him a sense of maturity most artists his age don’t have, and that’s evident in the clip for “We Can’t.” “We Can’t” tells a familiar tale of heartbreak and betrayal as Dylan spends the video thinking back to his former lover; no matter how hurt he is, his love for her still rings true.

There’s something undeniably infectious about a band who can really grab metal and hard rock fans by the horns, and with their newest album ALIVE, Edge of Paradise have done just that. The video for the title track “ALIVE” is dark yet exhilarating that makes the viewer feel like frontman Margarita Money will jump out from the screen and pull them in. The track introduces an overall theme of pain and a desire to come back from its consequences, as Monet calls out, “I wanna feel alive.”