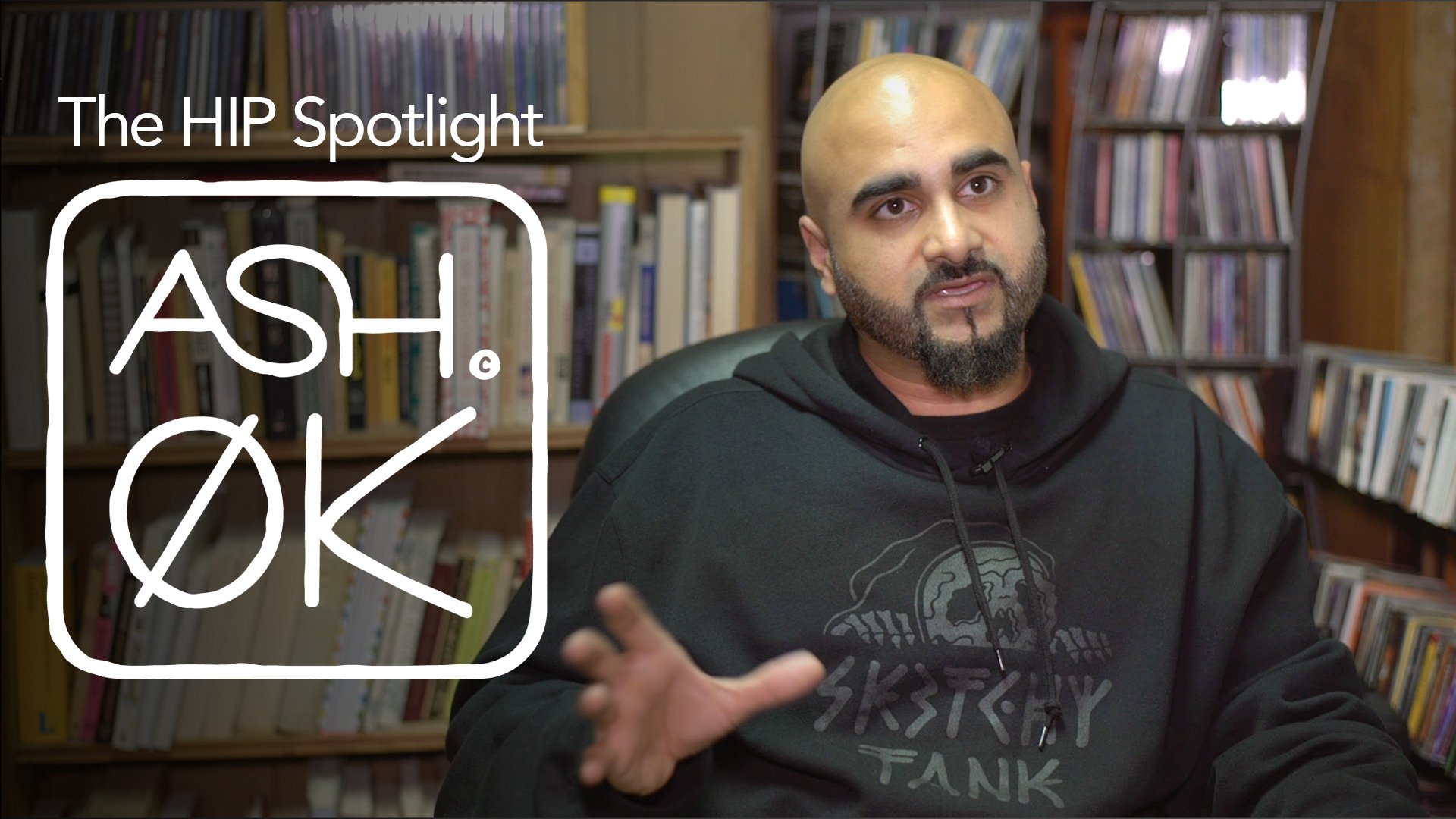 Just this week we brought you ash.ØK‘s video for “The Unraveled.” The title track from his recent debut album The Unraveled, it features vocalist Rebecca Loebe and blends dance music, world music, progressive rock, modern pop, and some pretty far-out experimental sounds for a sound that’s undeniably ash.ØK. Directed by Patrick Mason, the music video for “The Unraveled” follows a young married couple who are both on the verge of a breakdown. While each is dealing with their own struggles, the ultimate takeaway is that in order for a happy ending, we need to depend on each other.

From Pennsylvania to a worldwide audience, Ashok Kailath is a producer on a mission, and it was such a thrill to meet up with him for this HIP Spotlight interview. He shared with us the real life story that inspired “The Unraveled”, as well as brought us behind the scenes with the creation of a handful of his music videos to date. It’s a real treat when an artist- especially one like ash.ØK who says he prefers to stay in the background as a producer- is able to share such a powerful story, and we hope you enjoy this HIP Spotlight!

Watch our HIP Spotlight with ash.ØK and the “The Unraveled” music video below!