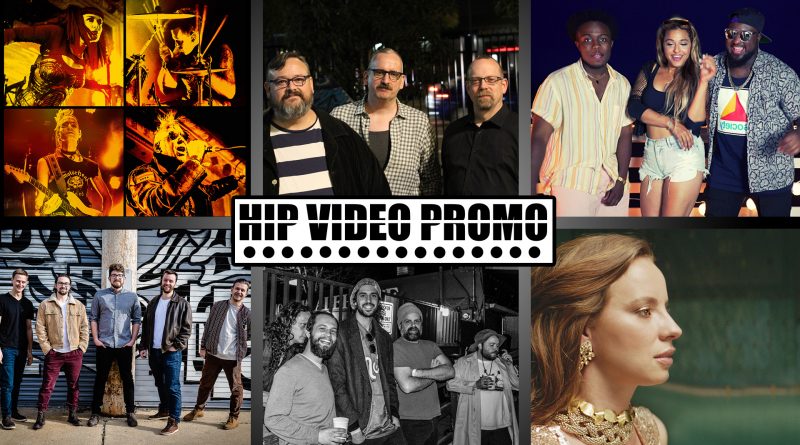 New This Week: “Paradise” music video from KMFDM, plus new videos from Mother Yeti, JPRiZM, The Bobbleheads, Bencoolen, and Zaritza

The temperature is cooling off, but the music videos? Hot as ever! Here’s our latest HIP Picks – Weekly Client Roundup- take a look at the videos above, and learn more about each clip by clicking on the links below.

Representing Moscow, Idaho and Pullman, Washington, Global Heist/Neurodisc Records act Mother Yeti are your next favorite folk-flavored indie band. “My Best Please” is a breezy acoustic jam, and in its lovely video, frontman Bill Tracy (who directed the clip) quite literally wanders off the beaten path.

KMFDM have always been for their creative and unabashedly political type of industrial rock, but their latest album, PARADISE (out now on Metropolis Records), sees them dip their toes into abrasive hip-hop, dark alternative rock, and avant-electro-metal. Directed by vocalist Sascha Konietzko as well as Eric A. Zimmerman, the clip for the title track “Paradise” is a brutally honest confrontation of all that’s wrong in our world.

Based in Boston, Jared Price – aka JPRiZM – is a producer, writer, and artist, blending hip-hop, EDM, and pop on his own accord. He has scored for various films and TV shows such as Showtime’s 100% Julian Edelman and Lionsgate’s Traffik, and so far, he’s brought in over 2 million streams.  In the video for “All Your Love”, which features Amanda Holley and Echezona and is directed by Louie Gooey, good vibes are present

“I Really See You” Music Video: The Bobbleheads (Rock)

The Bobbleheads are the latest carrier’s of San Francisco’s musical torch, with melodic songwriting and thoughtful storytelling. But even if you didn’t know they were from San Francisco from their distinctive Bay Area sound, Fred Gebhardt’s clever and slightly trippy video for “I Really See You” would give The Bobbleheads’ hometown away.

DC recording studio Ivakota hasn’t been open for long, but it’s clear that this space was made for a band like Bencoolen. No video could ever do justice to Bencoolen’s live performances, but their fresh take on Tom Misch’s “Beautiful Escape” – which was shot on the floor at Ivakot – comes close. Noted videographer Carter Louthian captures the visuals, and the band show off their musical talents.

From a remote Russian village to New York City, and with influences ranging from Rachmaninoff to Radiohead and Mendelssohn to Massive Attack, Zaritza will never stop intriguing listeners. Directed by Devin Schiro, her latest song and visual “Slot Machine” is a racy, provocative proclamation from a woman who knows exactly what she wants.