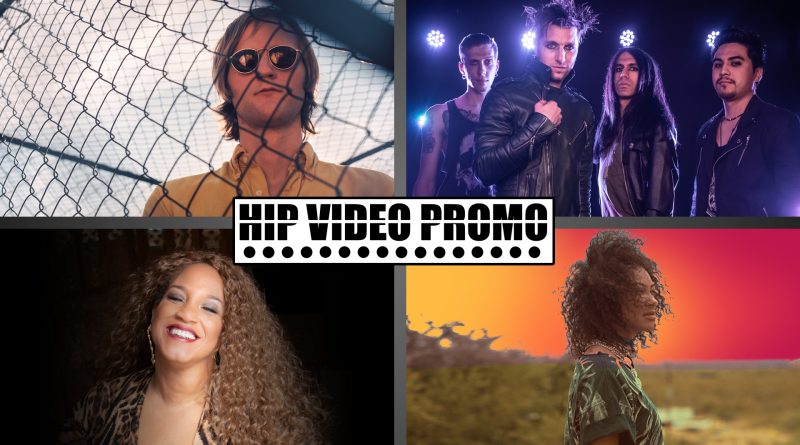 Whether it’s indie-rock, jazz, or disco-metal, you better believe that this week, we’ve got music that will make you get up out of your seat and dance! Here’s our latest HIP Picks – Weekly Client Roundup- take a look at the videos above, and learn more about each clip by clicking on the links below.

If taking a break and going solo after being in the same band for a decade had a theme song, it would be Waldo Witt’s “Crystal Ball.” Directed by Salvador Alejandro and in the vein of classics like Footloose or The Breakfast Club, is a classic 80s dance sequence – except our star doesn’t have the moves. It’s a emove into more electronic territory with a blissed-out pop reverie that recalls the lofty light/dark psych of Tame Impala’s Kevin Parker, or late-era MGMT.

Yes, you read that right: straight out of Brooklyn, Makes My Blood Dance makes disco-metal that you won’t be able to get out of your head. “Sick As Our Secrets” is the title track off their latest record, and it drips with Sunset Strip swagged and New York City grooves. But there’s a message of hope in the chaos; Derek Soto’s clip shows them in their natural habitat of a dingy rock club.

In the clip for “Promnesia,” ck outlaw welcomes us into her house. Everything we see there tells us something about her and deepens our appreciation of her song and her work, including the sparkling jewels on the table, from her jewelry line Aether 79. One minute in and she’s in a gray Chevy convertible, heading to the city of Tombstone, Arizona… but what, pray tell, is in store there?

Michelle Johnson has a rare, unforgettable voice, so there’s no surprise she’s a busy session singer and live performer. She has recorded, performed, or shared stages with the biggest names in music – Paul McCartney, Elton John, and Barbra Streisand to name a few – and has been on The Tonight Show with Jay Leno, MTV’s 120 Minutes, The Arsenio Hall Show, and Soul Train. Director Rob DePew captures the quiet intensity of “I’m All In”, showing every bit of the woman Michelle is now as well as the child she once was.