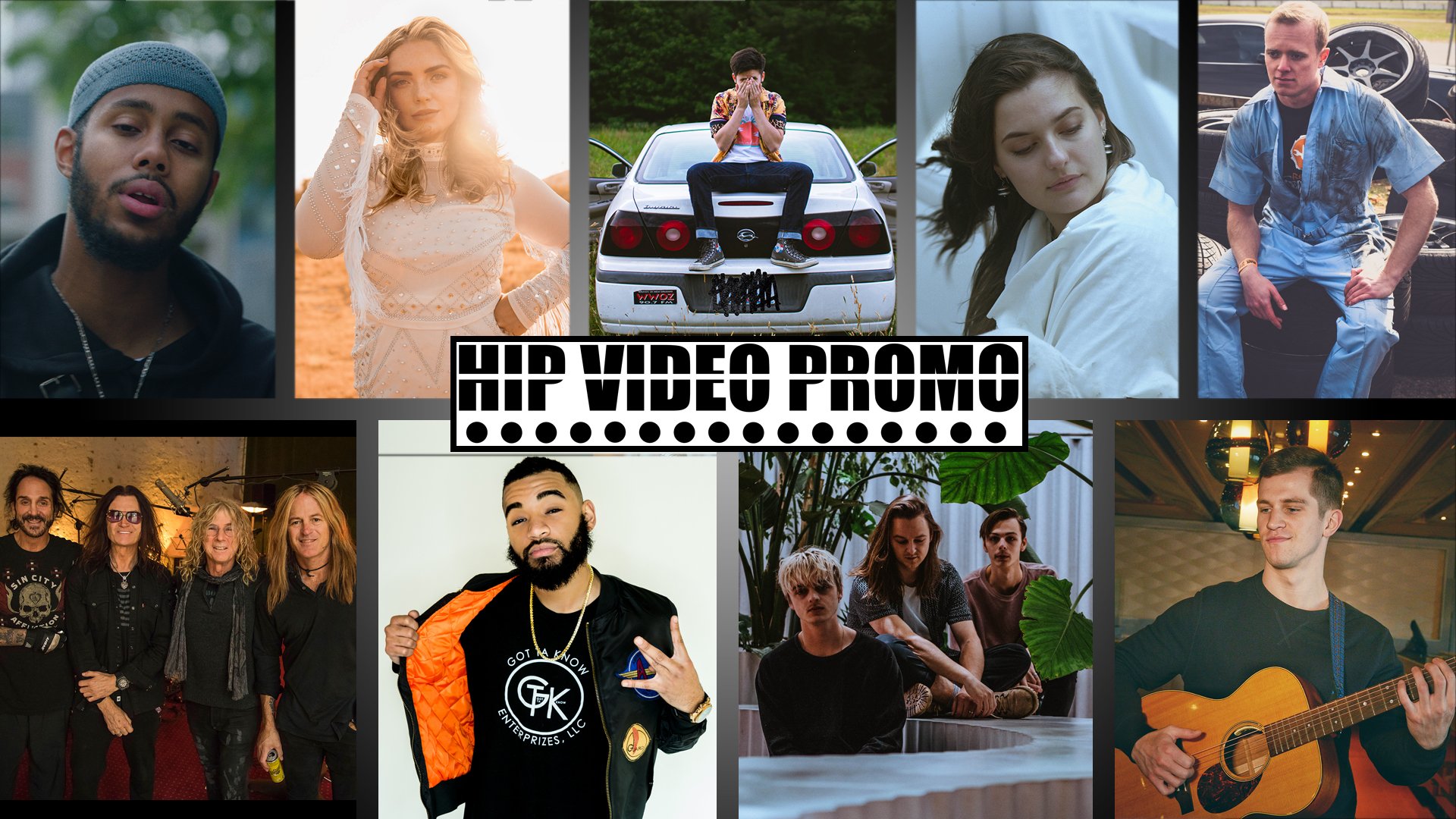 Things at HIP Video Promo have been as busy as ever, and we are delighted to have a whopping NINE new videos to share this week! With everyone at home glued to their screens, it’s wonderful seeing artists sharing new content to keep fans entertained.Our newest HIP Picks – Weekly Client Roundup is here- take a look at the videos above, and learn more about the clips by clicking on the links below.

With his debut single “Stay Alive” on XL imprint Regent Park songs, Mustafa is telling a story that needs to be told. The track was produced by Grammy-nominated Frank Dukes (Taylor, Kanye, Drake) and co-produced by Grammy-winner James Blake, who’s collaborated with everyone from Kendrick, Chance and Beyonce, to Flamenco innovator Rosalía and neo-soul prodigy Moses Sumney, and it’s already been lauded by The FADER. Video director Reed Wyman kept the “Stay Alive” visual simple, letting Mustafa’s message do the job (and that proved to be a winning choice: it’s already receiving love from mtvU).

Brothers Seth, Josh, and Adam Gauton of lotusbliss aren’t just strong songwriters, they’re expert soundscapers too. Producer Josh Rumble of London indie-pop band Anteros has brought their vision to life. “Carpet”, from their current EP A Good Death Is A Beautiful Thing, picks up where they left off with their past single “Beautiful Monotone.” Josh produced and directed the haunted clip for “Carpet”, and like the band’s music, it’s moody and intoxicating, pulling you right in to a frightening narrative.

Hard rock collective The Dead Daisies (Deen Castronovo of Journey and Bad English on drums; Doug Aldrich of Whitesnake and Dio on lead guitar; David Lowy of Mink and Red Phoenix on rhythm guitar) hardly needed to add talent – but the addition of bassist and singer Glenn Hughes (Trapeze, Black Sabbath, and Deep Purple) shows that they are ready to rock the boat. “Unspoken” is Hughes’ premiere with The Dead Daisies, and it’s paired with a lyric video that underscores the song’s menace and its sense of play, too. It’s just as kinetic as any live-action clip, and spiked with plenty of ominous symbolism.

San Francisco-based producer and multi-instrumentalist David D’Angelo has opened for major electronic and jazz artists such as FKJ and the Grammy-nominated Christian Scott, and his debut EP Born in Paradise shot up the North American College & Community Radio Electronic and Top 200 Charts, taking the #4 spot in Electronic. He sees the world for the paradise it is, and he wants us all to take care of it. Together with Durham, NC rapper MayDay, on “Priceless Commodity” – the first single off D’Angelo’s upcoming EP In My Own World – is a warning to all that we’re stabbing the Earth in the back, and taking the availability of fresh, clean water for granted. 25% of all proceeds from the track in its first year will be donated to Gravity Water, an initiative providing international communities with rainwater filtration systems. The “Priceless Commodity” video was released on Earth Day, it invites us all to take a look at the world and inside ourselves.

Kailey Nicole is a powerful force on record, and one with stories to tell; her self-titled EP was produced by Niles Thomas and Grammy-winning engineer and masterer Bonzai Caruso, who has worked with everyone from Madonna to Stephen Marley. Her clip for “Change My Ways” takes viewers through all of the stages of looking back on a past relationship… all taking place within a typical Nashville bar.

In her short career, multi-instrumentalist/singer/songwriter Lila Blue has already released two albums and an EP, and scored a few theater productions. Her new single “The Dead” is an otherworldly beast where her voice stands alone, exposed, left to carry the song. The video for “The Dead”, which was directed by Joanna Haigood, opens with an aerial shot of Blue laid out inside a rowboat, landlocked far from any shore. Water begins to fill the boat’s hull but she sings on, unfazed.

West Baltimore’s own Cutty Kev has made a name for himself rhyming about everyday people and situations, ever since his first few mixtapes. Now signed to Got Ta Know Enterprizes, he’s ready to take over. “Trap Fashion” is the second single off his GTK debut 2econd Chanze, and it features a verse from fellow Baltimore native Tae Wilson. For the “Trap Fashion” video, director Jotti Art let Cutty Kev and Tae Wilson do what they do best: have a blast eating up the spotlight, hanging out, and bouncing bars off one another, all the while living the dream and showing off their swag. l

Jack Ryan doesn’t need to play games to win over the audience; he immediately grabs their attention once he takes out his guitar. After a few years entertaining guests as a solo vocalist on Carnival Cruise Lines, he’s since returned to land and held residencies at three major venues in Nashville: Tootsies Orchid Lounge, Redneck Riviera, and Hotel Indigo. And while some may say chivalry is dead, in his new video for “Just Want To Talk”, Ryan proves that quite the opposite is true. Director Stealth Star shows everyone dancing around, jamming out and having fun.

With “Head In The Clouds” and the accompanying album Best Proposal Ever, Joe Wistrcill of Reverse Mechanic shows us that while some girls may deserve songs written for them, his beloved Angela is one of those girls that deserves an entire album. There’s no doubt that this Minnesota-based rapper, singer, and songwriter is head-over-heels for his girl, and with the “Head In The Clouds” video, you can bet that the whole world knows. It captures the historic charms of Twin Cities Minneapolis and St. Paul, showing famous spots like Can Can Wonderland in St. Paul, the Cathedral of Saint Paul, and famed restaurant Tullibee, concluding at the romantically renowned and historic Heights Theater.