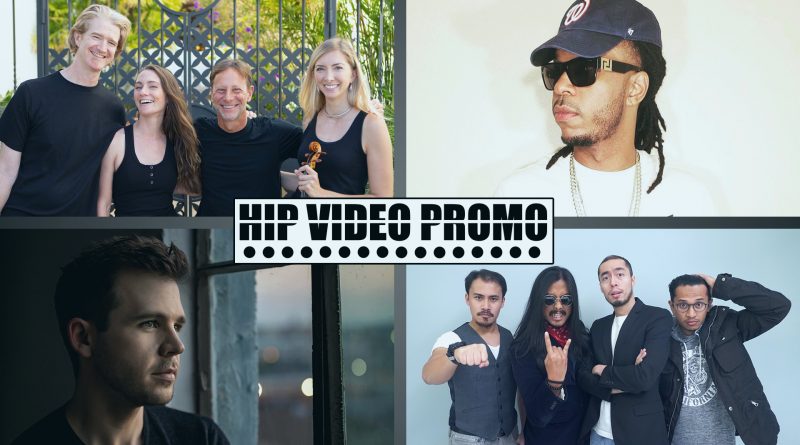 New This Week: “For What It’s Worth” music video from Pete Muller and the Kindred Souls, plus new music videos from Leph Louie, Shadow Puppet Theatre, and Griffith Frank

It’s our first blast of 2021 and things are off to a great start at HIP HQ! Our newest HIP Picks – Weekly Client Roundup is here- take a look at the videos above, and learn more about the clips by clicking on the links below.

“For What It’s Worth” Music Video: Pete Muller (Folk/rock)

Santa Barbara citizen Pete Muller is a man of many talents, who is devoted to his craft of music, a seamless blend of jazz, folk, pop, and country. He and his band The Kindred Souls have performed at festivals like Switzerland’s Montreux Festival, Italy’s Umbria Jazz Fest, and Colorado’s iAM MUSIC Fest, and his last album release, Dissolve, saw three singles land in the Top 30 on the Adult Contemporary charts. “For What It’s Worth” is the first single on The Sound EP, produced by Peter Katis (Interpol, The National), and Pete and co. have put a new spin on Buffalo Springfield’s protest classic. The video, directed by Chris Morgan, shows the band in their element: set up and playing on stage.

From the DMV to Denver, CO – where he launched his record label, TTO (Travel Team Official) Music Group – to his current homebase of Tampa, FL, Leph Louie leaves a mark wherever he goes. He’s seen plenty of radio play in Colorado, he’s appeared on several DJ Smallz “Coast 2 Coast Mixtape’s” (two were even hosted by DJ Khaled and Snoop Dogg), and he’s opened for national acts like Yo Gotti, Project Pat, and Bizzy Bone. “Motivated” is the closing track on Work & Faith III, and both on the track and in the music video (directed by Animus Visual), he’s like a motivational speaker without the cheesiness – it’s all real talk – as he shows just what black people do best: win.

Few groups represent the spirit of Kuala Lumpur, Malaysia better than Shadow Puppet Theatre, one of the most energetic and creative rock groups to ever emerge from Southeast Asia. In the clip for “SETIA” (directed by Amen Naqib), Shadow Puppet Theatre take us right into the suburban heights of KL and show us a young, blissful couple. She’s in a headscarf and is likely an ethnic Malay and certainly Muslim; he’s European. Their visibly successful partnership becomes a metaphor for Kuala Lumpur itself – a multi-ethnic metropolis at the crossroads of global commerce.

In addition to being an acclaimed artist in his own right, Topanga-raised singer-songwriter Griffith Frank is also an accomplished composer: songs he’s written for the likes for Kendall K., Annie Leblanc, and Jojo Siwa have been streamed more than a billion times. “You’ll Be There” is a slow-burning piano-driven ballad, and video directed Kaitlyn Fae has created a winsome yet powerful clip, presenting Frank as an expert storyteller and a friendly, approachable vocalist.