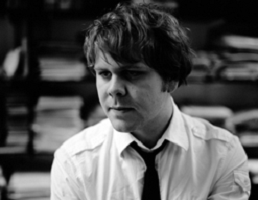 Here at HIP Video Promo, we’ve been working hard to promote music videos since 2000. It’s important to us to help younger and independent artists get the recognition they deserve. It’s exciting to be on the ground floor with artists that become household names (and with over 3400 videos under our belts in 20 years, there are quite a few). Every Friday, we’ll share a “Flashback Friday” video, where we get to reflect on one of our favorite videos from a few years ago.

When stuck in a studio apartment with musical talent and a home computer, Loney Dear spent his vast quiet time making homemade CDrs that would soon be noticed by The Guardian, BBC, and Pitchfork. The modest mindset Emil Svanängen had in his parent’s basement in the early 2000s persisted throughout his successful career as Loney Dear. Even now, after being in the music industry for over a decade, he does not desire to be big or recognized; instead, he strives to be emboldened and empowered through his songs. Loney Dear states, “I became a singer, I learned my darkness and discovered my magnetism”.

In concert, the Swedish native is backed up by a band, but on record, he does almost everything himself. He’s a multi-instrumentalist that knows how to saturate every layer with a bit of intimacy; his songs are elegant, stirring, and blooming with fragility and tenderness. Over time, Loney Dear never loses his ingenuity; in fact, each album he releases undergoes a rebirth of artistic awakening.

Loney Dear is behind the wheel of a speeding car on a lonely stretch of Swedish road in the 2009 clip “Airport Surroundings.” Svanängen is delivering a mysterious package, that is never revealed, but is very concerning. The night goes on, and so does the drive, we get lost in the tunnels and endless streetlights, yet Loney Dear makes sure to stay focused on his secret destination and parcel.

The bittersweet apology in “Hulls” reveals a darker side of Svanängen that he is battling. His 2017 album, Loney Dear, reflects the drastic and quick changes in his life; a twelve-year relationship came to an end and a switch in management. The clip for “Hulls” shows Svanängen alone, but always surrounded. He’s tied to and besieged by masked villains as the camera flickers; it’s a clear representation of the instability plaguing Svanängen’s mind.