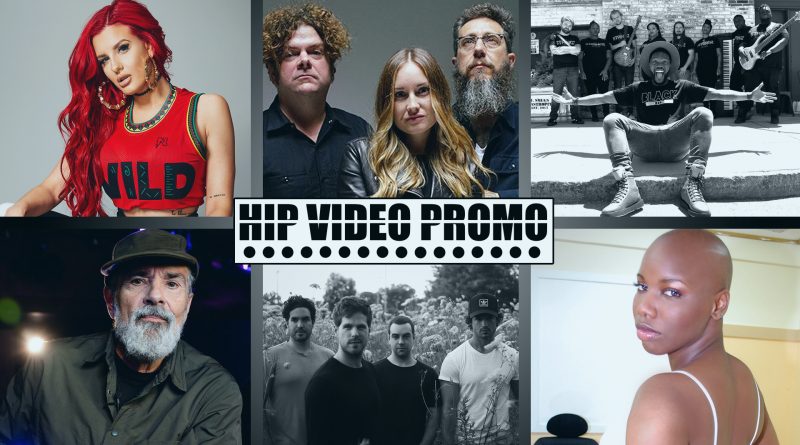 Who says social distancing means you can’t make a creative, innovative, and exciting music video? From gospel to electronic rock, we’ve got videos from half a dozen beloved clients (some done pre-quarantine, some done recently) showcasing their creativity and musical talents. Our newest HIP Picks – Weekly Client Roundup is here- take a look at the videos above, and learn more about the clips by clicking on the links below.

“Back In The Neighborhood” Music Video: Bruce Sudano (Folk)

From writing for superstars like Donna Summer, Dolly Parton, and Michael Jackson to his current solo career, Bruce Sudano isn’t afraid to use pop music as a vehicle for big ideas. “Back In The Neighborhood”, from Spirals, Vol. 1… Not A Straight Line To Be Found, is paired with a video directed by Amy Waters and Chloe Enos. It pairs clips of Sudano in studio with footage of Brooklyn in the 1950s and 60s.

Whether she’s dominating the rap game with her scintillating visuals or starring on MTV’s Wild N Out, one thing is for sure: Justina Valentine is a proud Jersey Girl. “Hide & Seek” contains references to everything from Roddy Rich to Tiger King, and in the video (directed by Kim Casamento & Joan Roman), her outfit matches both her flame-red hair and her attitude: she’s on fire.

Femme fatale and bold lyricist Justina Valentine knows every trend and slang term. In the “Just Spit It” video (directed by Nimi Hendrix), she takes on the role of Billy from Jigsaw to scare off the internet cyberbullies that act tough behind a screen.

Gregory Bowdry, aka StringZ EMB, has performed nationwide, received a plethora of radio attention, and even performed on Fox. The St. Louis singer doesn’t hold back on “Beautiful Girl”, and in J.T. Ibanez’s clip, women of all backgrounds, shapes, and sizes are highlighted in their natural form.

Four longtime friends from Virginia Beach, Ok Mayday defy category with their latest single “Blossoms.” Band members Kelly and David Bollman directed the “Blossoms” clip, which brings together fans, friends, family, and musicians around the world to show a day in their life, all the while the band rock out over Zoom.

“Leaving While You Stay” isn’t a change of pace but rather a continuation for Greg Hoy & The Boys. They know all too well that when you elect a clown, you’re going to get a circus, and in the clip (directed by Greg Hoy & Carissa Johnson) for “Leaving”, we see just what happens when a clown tries to be the center of rock n roll attention.

From her childhood on the beautiful Carribean island of St. Vincent and the Grenadines, to appearances on BET’s 106 & Park as a Spotlight Artist and ABC’s The Chew, there’s no trail Chanique Rogers can’t blaze. She began crafting the melody in her sleep, and when she had the opportunity to work with Broadway singer and in-demand producer Adrian Bailey (Smokey Joe’s Cafe, La Cage Aux Folles), she knew the time for “I Can” had come. Chanique directed this video herself, and it shows several successful people… and all of the failures they had before making it big, a reminder that “you can” get past your doubts and obstacles to make your dreams come true.