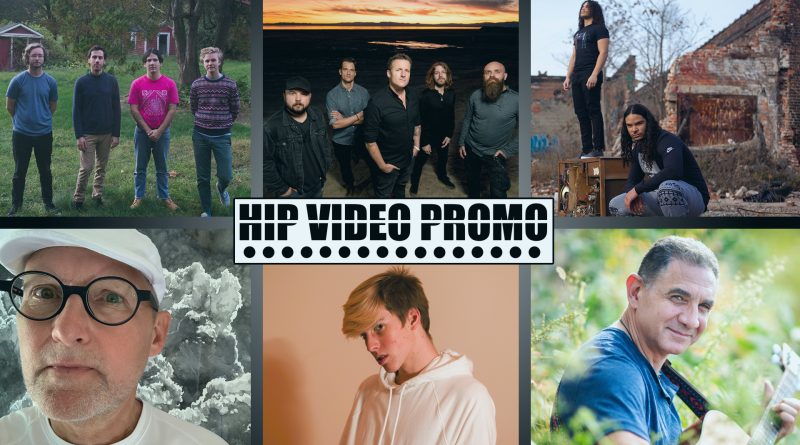 From indie-rock to ambient electronic, from animated to nature, there’s no doubt we’ve got a splendid variety of music videos to share this week. Our newest HIP Picks – Weekly Client Roundup is here- take a look at the videos above, and learn more about the clips by clicking on the links below.

New Jersey’s Pinegrove create music that fills venues with fans who yell every word, and their latest record Marigold (Rough Trade Records) has already been praised by Pitchfork, MOJO, UNCUT, and others. The video for “Endless” is being released alongside the extended re-issues of Marigold; director Brian Paccione followed a lone yellow seed from a bare winter branch, into a stream, and on its way.

Zoli Téglás, formerly the longest-running lead vocalist for Orange County political hardcore destroyers Ignite, has also fronted the legendary Misfits and Pennywise and acted in major Hollywood productions like Terminator: Dark Fate and The Alienist. Now, he’s taking his self-reliance and passionate animal rights and environmental activism to fronting his new five-pieces Ocean Hills. Their first single, “Death or Liberty”, is accompanied by a video directed by Viktor Nagy and Peter Lerch of Mihaszna Films, which showcases guitarist Peter Lukacs shredding against a dust storm at sunset.

LA-Pennsylvania rapper LBM, aka Lil Big Medium, swan-dived right into the game, and his breakout single “Stranded” has seen over 350,000 streams on Spotify and over half a million streams on Soundcloud. It also landed him a feature on VIBE TV. Now, with “Make Believe”, he’s ready to go for the (emotional) gut. In the “Make Believe” video, directed by JAM, our hero pulls a “Say Anything” outside his love interest’s window… but will she ever show?

Detroit pair Now Endeavor – Just Pete and Thom The Disco Spider -have fashioned their own glittering pop, and their playfulness and spontaneity are on full display on their latest EP Survival. The animated “You Know Me” clip – directed by Gaston Muyano/Tommy Beard – finds them on the road, driving through a world of peril.

Sonarpilot, earth name Michael Moppert, is an electronic musician and producer who works and lives in Switzerland and France. The Mirage Project is a collection of six stunning and unique fractal films with bespoke electronic soundtracks, appearing monthly online from May to December – “Fossil”, the second, provides a 10-and-a-half-minute soundtrack to its as Roger Mäder-produced clip, which sees Deep Space Mission Probe “Mirage 2” follows an mysterious interstellar object that’s entered our Solar System.

Since the space travel heyday of the 1970s, Sonarpilot has been drawn to envelope-pushers, risk-takers and boundary-exploders, ranging from Rock iconoclasts like Bowie, Pink Floyd, and Roxy Music to electronic pioneers like Tangerine Dream, Kraftwerk, and Brian Eno as well as innovative classical artists such as Steve Reich, Philip Glass, or John Cage. “City In The Sky” is the soundtrack and video that launched The Mirage Project in May, and its visual shows skyscapes that mimic Earth’s urban constructions… but in a world where gravity seems optional.

Paul Helou might be best known for his Parents’ Choice Award-winning music for kids, but his forthcoming general audience release is sure to turn heads, with a roster of backing musicians that includes Garth Hudson (The Band), John Sebastian (The Lovin’ Spoonful), Harvey Sorgen (Hot Tuna), and bluegrass/Americana luminaries such as fiddler Stuart Duncan, multi-instrumentalist Joe Craven (David Grisman, Jerry Garcia), and others. “There Are Heroes (Stay Put Blues)” is the type of song that demands a Zoom-like format, bringing people together over video conference. “There Are Heroes” is currently making its rounds on the international film festival circuit and is already getting positive responses as a finalist in The New York International Film Awards and the Prague International Monthly Film Festival, semi-finalist in the Moscow Film Party, and selected for consideration in several festivals in the U.S.