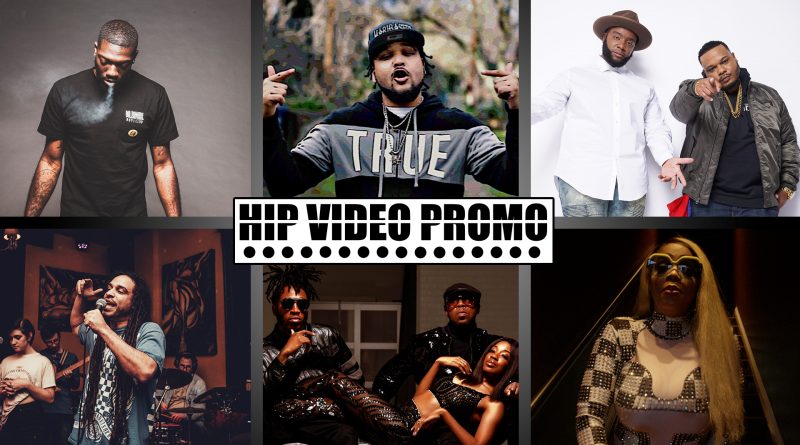 WordPress Image Carousel
Hip-hop and R&B are at the top of our minds this week as we share SIX killer clips from artists across the nation. Our newest HIP Picks – Weekly Client Roundup is here- take a look at the videos above, and learn more about the clips by clicking on the links below.

Just north of Miami, Good Fella Uno is evidence that Broward County is the new spot for hip-hop. After signing to 360 Records and releasing the Reign EP, he’s back with “Lemonade”, a track free of anger and nihilism, with a quiet strength at its core. Fellow south Floridian Diego Jeanty directs the clip, showing Good Fella Uno rolling through Miami in a drop-top yellow Corvette.

Maribased1 has made a name for himself – one of the few indie artists to get love from BET Jams, BET, and MTV On-Demand – and for the Seattle rap scene as a whole. His latest single “Thee End” – where he’s joined by fellow Seattle resident D Menace – charts fresh territory with lyrics that bring a little light to some darkness we all go through. Rob Fitzgerald and Mr. Benjamin directed the clip, which shows them roaming the rainy blocks of their Emerald City hood with live shot footage cut inbetween.

Darien Pasulka of Chicago hip-hop crew Da$Htone knows exactly what it means to have your whole city behind you. In the clip for “Someday” – which features Madison, Wisconsin neo-soul singer Alma Cook and Illinois funk guitarist Ethan Butler – Da$Htone charm Windy City residents into lip-synching lines from the song. True ambassadors for the city, they cover neighborhoods from O’Hare to Lake Michigan, and plenty in between.

Real fans know that the sound of the classic R&B of the 1990s is the sound of now, and no one embodies that better than A.T.L.D.V. “Hotel”, from their album #THEFUTUREOFRANDBBANDS, channels the 90s but couldn’t feel more contemporary. In the clip, which the group directed alongside Trey Lamar, the sense of propulsion and good fun that animates everything they do is unmistakably present.

iinvad3 (that’s pronounced “eye-invade”) comprises Haitian Lynx and Jamaican J Glory, and they’re another group repping Broward County. “Mix It Up”, the new single, fuses dance and rap. Director Kid Kelly shows Lynx and J Glory in action on the ideal Friday night:  the club is popping, pockets are filled with Benjamins, and the love of your life (for the night) appears.

New Jersey’s Blondia has the air and swagger of a player who’s been in the game for a minute but bangs out every single as though it’s her introduction to the world, and everything is riding on it. With her new single “Do the Damn Thing”, she’s got one mission: run the damn world. For all its boldness and braggadocio, “Do The Damn Thing” is a party jam at heart, and in a clip directed by Dream Team Digital and Mike Lo, she rolls up at the club, ready to have the time of her life.