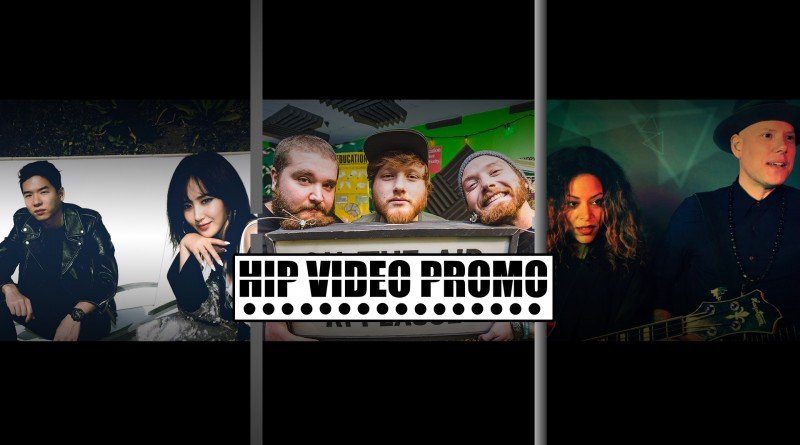 If January was any indication of how the year will go, then 2018 is going to be our best year yet here at HIP Video Promo. We’ve got three clips to share with you this week and these artists are from all across the musical spectrum, so no matter what your favorite style of music is, we have a feeling you’ll find something to enjoy. The newest HIP Picks – Weekly Client Roundup video gives you the low-down on some of our current projects, and we’ll tell you a little bit about each one below.

DJ, songwriter, and producer Raiden has always bridged the gap between Asian and North American music, and his latest effort “Always Find You” sees him furthering bringing those worlds together. This time, he’s teamed up with YURI, vocalist of superstar Korean Pop group Girls’ Generation, for the track “Always Find You.” YURI stars in the clip, moving from a hotel to the city streets to a club, where Raiden is the main attraction.

Musical duo Dwight & Nicole are based in Burlington, Vermont, though Dwight is originally from New Jersey and Nicole is originally from Brooklyn, New York; the two met in Boston. With drummer Ezra Oklan, they create a fresh mix of blues, garage rock, and sweet American soul. From their 2017 album Electric Lights, “Hi-Lo” sees the trio ready to take on a worldwide stage. The video shows them in their practice space and in studio; it’s a spot-on visual representation that feels like it was created alongside the song.

From College Park, Maryland comes fun-loving reggae/rock trio Higher Education. “Gift Called Life” is the title track from their forthcoming fourth studio album, and while lighthearted and positive in nature it holds a deep meaning, as it was written in the wake of the passing of guitarists Peter and Danny Devaney’s father. The music video for “Gift Called Life” takes place at Greenbelt Lake, a place where the members of Higher Education have been having out since they were kids, celebrating life and dancing in the sunlight.