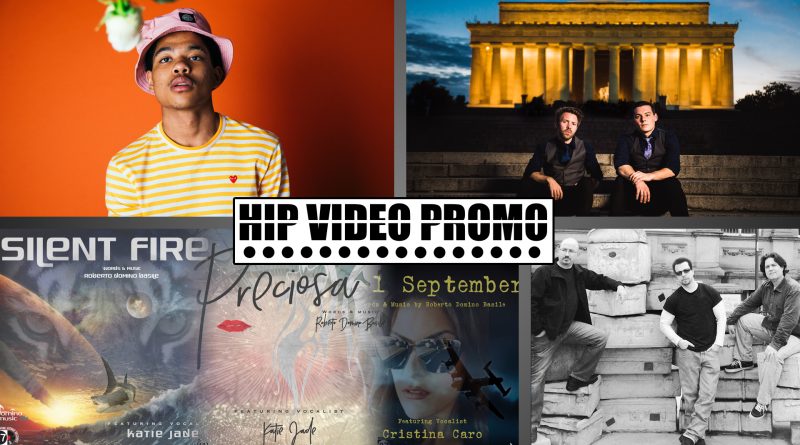 New This Week: “Above & Beyond” music video from Bblasian, plus new videos from Broke Royals, The Turnback, and Roberto Domino Basile

This week we’ve got two new videos for you from two beloved returning members of the HIP family, Luh Kel and Jae Mansa. Here’s our latest HIP Picks – Weekly Client Roundup- take a look at the videos above, and learn more about each clip by clicking on the links below.

“Above & Beyond” Music Video: Bblasian (Hip-hop)

From Louisville to the whole wide world, Bblasian is on the come-up now, but that hasn’t always been in the case. In Catchrec Media’s video for “Above & Beyond”, he states that he was once locked up. But now, we see him in the aftermath of a swanky Hollywood pool party, getting glimpses of the night before.

Fresh off their US tour supporting their album Saint Luxury, Broke Royals have now brought their new tracks to the screen. In the “Saint Luxury” video, director Rob Fitzgerald captures our title character wandering the streets of AnyCity, USA just before dusk. She’s lost and alone, despite being the patron saint of lost souls, but aren’t we all? Is it really any surprise she’s craving escape?

In the video for “Born To Break”, another Saint Luxury track, we hop in the van with Broke Royals as they make their own escape: on tour. Part live footage, part behind-the-scenes, it’s a document of four guys leaving home to taste The Road. They may not know exactly where they’re going or why, but someone, somewhere is waiting for them.

“You Kill Me” Music Video: The Turnback (Rock/Brit)

The Turnback may be from New York, but this trio sound just like your favorite Brit-rock/pop bands. “You Kill Me” is the second in a series of singles, and its warm guitar fuzz and melodic layering of wouldn’t be out of place in a best-of playlist from the ’60s or ’70s, or even the ’80s, but its dark humor places it very much in the present day. Todd Giglio has created a black-and-white, spooky cartoon clip, that features a good, old-fashioned villain chase.

Just as gems in the raw must be cut, polished, and set in their bezel, some masterworks take years to complete. The songs Roberto Domino Basile has recently made public might be new to you, but rest assured that they’ve long been germinating within the composer’s soul. The first that we’ll be sharing, “Preciosa”, features vocalist Katie Jade, and takes a cogent stand against sociological ignorance and argues, fiercely, for interpersonal harmony.

Roberto Domino Basile again paired with Katie Jade for “Silent Fire.” “Silent Fire” is inspired by the plight of the oceans, and the cruelty of those who scoff at the ecological future; it’s paired with an elegant, poetic, dreamlike visual that underscores its themes.

For “0-1 September”, a tribute to the heroic generation that fought WWII, Roberto Domino Basile utilised the vocal talents of Cristina Caro. Here, he’s again provided us with a complete package: art, and sound, and message, with every element working together to provide a single evocative effect. It’s a generous gesture from a late-blooming composer with multitudes to share.