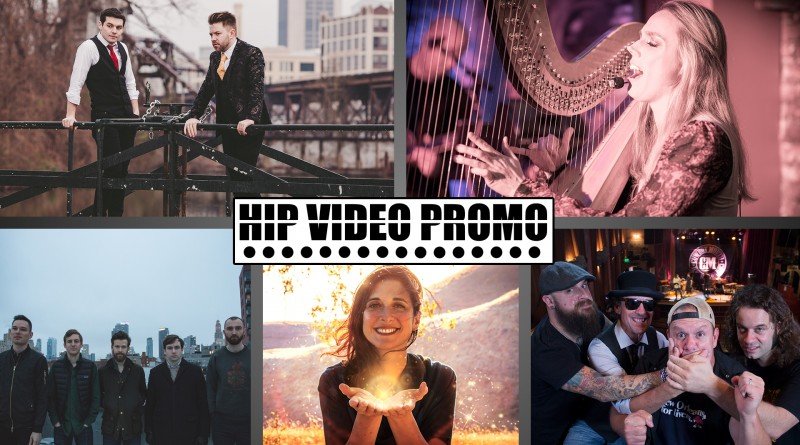 Music is capable of conveying emotions in a way that words can’t on their own, and there’s something wonderfully special about a song or video that can make you feel things you didn’t know you felt before. We’ve got five clips to share with you in the newest HIP Picks – Weekly Client Roundup, and each one is sure to be so enthralling, you’ll want to watch it again and again.

If you remember their video for “As Long As I Can See”, you know that Broke Royals are no stranger to sweeping landscapes and lush soundscapes that blend gospel, folk, pop, and EDM with a unique brand of alternative rock. Directed by Scott Hansen, “Higher”, their latest video, was shot at the highest mountain in Georgia. Does this scenery look familiar? It’s the same location where many scenes from Marvel’s Black Panther and Avengers: Infinity War were filmed.

Last fall, we shared Kristy Chmura’s clip for “Nothing’s Right”, and now, the acclaimed Garden State singer, songwriter, and harpist is back with a beautifully haunting new clip. Coming from her album Stained… Glass Heart, “Abandoned House” was filmed in a beautiful Victorian home. Director Rob Fitzgerald was behind the camera once again and captured Chmura in a room haunted by memories, whispering of things lost and things yet to gain.

From Rochester, New York and the greater Tri-State area to their current home base in Brooklyn, Earthquake Lights have centered their discography around natural phenomena. The band’s latest offering is “The Fix”, from their forthcoming album Distress Signals. The accompanying visual was filmed live in studio at Douglass Recording, the studio owned by lead singer Myles Rodenhouse, and shows raw emotion in this impeccable performance.

Some performance clips aren’t all that convincing, but when it comes to New Orleans combo Cowboy Mouth, there’s no doubt in anyone’s mind that the crowd on screen is just as enthusiastic and excited as the band members themselves. In the clip for “Broken Up”, singer / drummer Fred LeBlanc and his bandmates are playing between the copper tanks of a brewery. But every now and then, the camera cuts to show them on stage in front of a crowd- and that’s where they really shine.

Ask anyone their thoughts on the greatest living American songwriters, and Paul Simon’s name is sure to come up. After over fifty years, he’s playing his final show this September, and to celebrate his remarkable career, Karen Atkins has recorded a cover of his 1977 Top Ten hit “Slip Slidin’ Away.” Like Simon, Atkins’ music is animated by compassion, her songs full of beautiful melodies and grace as she tells stories of ordinary people with ordinary heartaches and joys. Atkins’ visual for “Slip Slidin’ Away” sees her take to a treehouse in the middle of the forest, as she finds comfort and sanctuary in solitude.