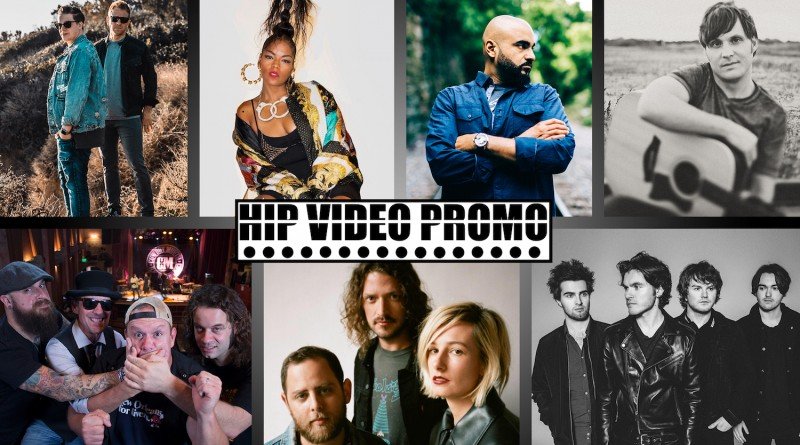 Our clients at HIP truly spread the gamut, and from EDM to R&B and everything in between, there truly is something for everyone to explore. Out of these seven brand new clips, we have a feeling at least one will strike your fancy – take a look at the latest HIP Picks – Weekly Client Roundup to see what we’ve got in store!

If you remember “Good Thing” or “Call Me”, then you know Tritonal are no strangers to sentimental clips and picturesque views to accompany sweet female vocals. In their latest, “Love U Right” feat. Lourdiz, the Austin-based EDM duo illustrate a fast-paced goodbye to a lengthy romance. The story is one many can relate to, so it’s no wonder it’s racked up over 800,000 streams on Spotify in less than a month.

Every so often an artist comes along that walks to their own beat, doing whatever they please regardless of what others have to say. Full of lyrical grit and angry yet pleasing guitar tones, Boston-based trio Slothrust stay true to their rebellious nature in their latest single “Double Down”. Singer, songwriter, and guitarist Leah Wellbaum disrupts the normal activity inside a laundromat, causing a scene with every action.

Originally from Atlanta, Mika Means has risen to snatch all of our wigs off. As a songwriter, entrepreneur, creator, and music maker, she knows how to brand herself as an artist – and now, she’s using her position in the industry to empower women to be independent. In the video for “Single Life”– which she directed herself- Mika gets engaged to herself and throws her own party.

Not too long ago we shared Cowboy Mouth’s video for “Broken Up”, and now the New Orleans rockers are back with “I Believe.” In contrast to “Broken Up”, “I Believe” captures a more introspective, sentimental side to the group who are known for kinetic, exhaustive life performances.

Producer and songwriter ash.ØK often teams up with vocalists to create his tracks, but on the latest, “Holding Sand”, the element at the forefront is a performance by expert cello, erhu, and Native American Bass Flute player Tina Guo. The video for “Holding Sand” takes place in the Medieval period, and shows a cinematic love story as the male lead is forced to do whatever it takes to get his lover back.

Hailing from Manchester, UK, Pacific have washed up on shore and are ready to tell the tale of their travels with a perfect blend or alternative, indie, and pop with edgy piano parts. They’ve performed at notable festivals like Leestock Music Festival and The Camden Assembly, and after their successful debut EP, their new single “Life In Short” is already set for success: it’s achieved over 120,000 streams on Spotify. The video for “Life In Short” calls back to the raw essence of The Rolling Stones, as the band performs in front of a monochrome background and remind the listener that life is not everlasting.

It’s been nearly three years since we last worked with Michael Pinder to promote the video for “Searching For September”. This whimsical wordsmith is back with his second single as a solo artist, “So Confused”, in anticipation of a full-length project to be released next year. “So Confused” features a lush and introspective musical landscape; in the video, the sounds come to life and the narrative unfolds to reveal a window into Michael’s unseen emotional world.