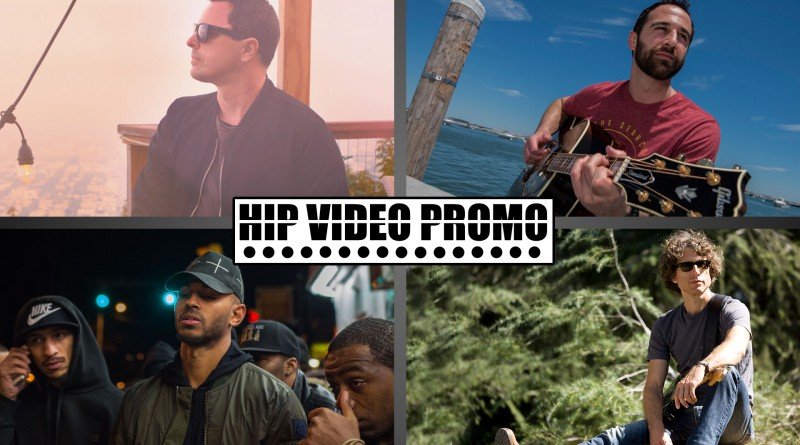 The best review a client can give of our services is repeat business, and many of our past clients come back time and time again. In fact three of the videos we have to share this week come from returning members of the HIP family, and we’re thrilled to be working with them once again. Take a look at the latest HIP Picks – Weekly Client Roundup to see what we’ve been up to!

Earlier this summer, we shared Markus Schulz and Emma Hewitt’s massive, heart-pounding ballad “Safe From Harm”. Now, Schulz is back with “Upon My Shoulders”, an uplifting, motivating, and entirely danceable track that features the vocals of Sebu Simonion of Capital Cities. The video shows young and women quite literally carrying each other on their shoulders, with some of Southern California’s most iconic sights as its backdrop.

Matthew Wade, known to the world as My Silent Bravery, might be an independent artist, but he still has managed to make his presence on the charts felt. His last single “18” peaked at #8 on Digital Rock Song Sales, #28 on Hot Rock Songs Chart, and #46 on Emerging Artist Chart. Now he’s back with “Everyday is the Weekend”, a clip that shows positivity spreading around a mindless office setting while the light grows at the end of the tunnel.

With his Yaga Season EP, Brandon Tory won the admiration of legendary producer Timbaland, as well as acclaim from countless media outlets. Oh, but music isn’t all he’s good at: Tory is a Level 5 engineer at Apple. His latest music video for “Seriously” was built on the momentum of Multidream Weekend, an over-the-top party he threw in the Hollywood Hills to hundreds of fans, and Tory’s desire to tell his full story.

Just three months ago, we shared David Haerle’s video for “Finding Natalie”; he’s now back with “Do You Know Surrender?”, the latest to be released from his debut album Garden Of Edendale. Director Sabrina Doyle has once again captured Haerle and his band making magic in the studio. “Do You Know Surrender?” is a slow, somber track, but still show’s Haerle’s signature rock sound – and his chemistry with his band is clearer than ever.