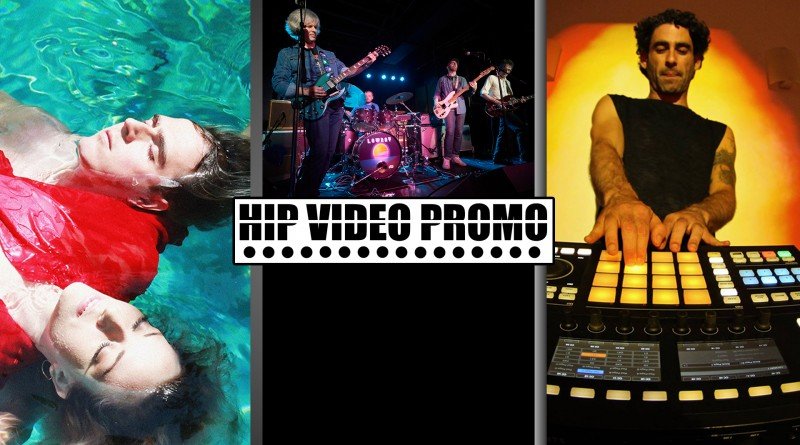 It may be gray and rainy outside, but spirits are high here at HIP HQ. And how could they not be, which some inventive and exciting clips to share once again? The latest HIP Picks – Weekly Client Roundup gives you the lowdown on what we’ve been up to.

After playing guitar in bands and exploring everything from post-rock to hardcore to punk and even noise, Gidon Schocken began dabbling in electronic music. It’s been a gradual transition to his solo electronic career, first performing beats with an MPC, then a Maschine; in the past year, he’s been transitioning to creating full tracks. Now, this Israeli producer has released his biggest and boldest track yet, “Sunn”, which features the lyrics and vocals of Afik Doari. It’s the first off his upcoming EP Immerse, and it’s accompanied by a video that illustrates the struggle of being caught in behavioral loops and trying to get out.

Together, Genevieve and Griff Dymond of the synthpop band gv.grace have created a series of creative, provocative music videos like “Only You” and “Mai Love.” Together with innovators Elise Mesner (who wrote the video concept) and Michael Atallah (who brought it to life), they’ve created a salacious, delicious, irreverent, and humorous clip for “F**k Golf.” With a cascade of synthesizer arpeggios and Genevieve’s seductive, half-spoken vocals, the track itself intoxicating. She stars in the “F**k Golf” clip, but she sares the frames with some gorgeous friends, wide swaths of grass, and a handful of balls. It’s the collision between burlesque and the PGA that we never knew we needed.

Minneapolis-St. Paul has a deep musical history, as well as a stellar sitcom history, with shows like Twin Cities: The Mary Tyler Moore Show, Coach, Get A Life, even the proto-sitcom The Many Loves Of Dobie Gillis. LowRay knows all about that, and their music is infused with the inventiveness, tunefulness, and incisiveness we’ve come to expect from Twin Cities artists. “Friends And The Fakers” is a sardonic but loving tribute to sitcoms of the 70s and 80s. It’s the first single off their upcoming full-length and picks up right where their debut, Columbia, left off.