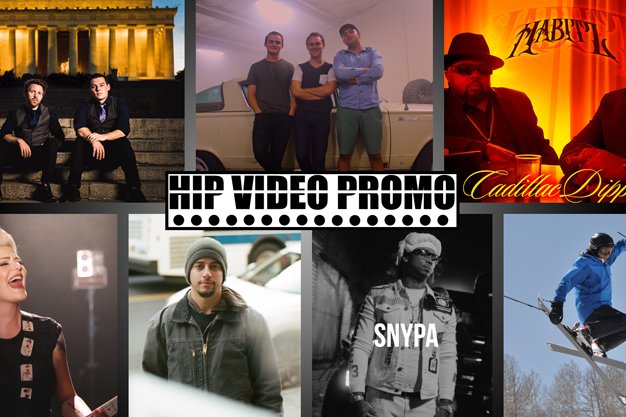 New This Week: “Go For It” video from Hollis Brown, plus new videos from Greg Hoy and the Boys, Rockie Brown, and more

Two weeks in to January, we are rocking, rolling, and back at full speed here at HIP HQ. Our newest HIP Picks – Weekly Client Roundup is here- take a look at the video above, and learn more about the clip by clicking on the links below.

Las Vegas pop-rapper Rockie Brown has a confidence that’s beyond contagious, so it’s no wonder everyone’s picking up on it: her new single “Soul Sister Retribution” has charted on 100 college radio stations across the country, and her music has been licensed for use in Keeping Up with the Kardashians, The Real World, Lohan Beach Club, and more. Director Robert John Kley has put her tremendous energy and intensity front and center in the “Soul Sister Retribution” clip – it’ll be hard not to get up and want to fight alongside her.

Boldness has always characterized rock band Hollis Brown, and everyone from Rolling Stone to Billboard to Paste has picked up on it. “Go For It” is the second single from their record Ozone Park, and its classic FM radio sound is matched in the video’s aesthetic. But Michele Canevari has also grounded the scene, and plenty of its fashions, firmly in the present.

Greg Hoy can do it all: he’s a singer-songwriter, multi-instrumentalist, producer, engineer, designer, and indie label owner. He’s a road warrior too, and also the director behind Greg Hoy and the Boys’ latest video “Green.” Everyone from Punk Planet and Big Takeover to Time Out have shouted him out, but “Green” is a perfect pop-rock song with no pretension.  “Green” and the Enjoy the View EP were recorded mostly live by Steve Albini (Nirvana, Pixies, PJ Harvey) and mixed by the legendary Sylvia Massy (Tool, Johnny Cash, Red Hot Chili Peppers).

tAngerinecAt matches Ukranian-born Eugene Purpurovsky’s hurdy-gurdy, voice, provocative lyrics, and production with the sound transformation, synths, bagpipes, and ethereal whistles and recorders of musician and sound designer Paul Chilton. The pair’s fourth album, Many Kettles, casts a particularly dark spell; here, Purpurovsky strikes back at oppression of all kinds and invites the listener to join the resistance. In the “Roses From Blood” video (which Purpurovsky directed) projects the singer’s emotional inner world onto the screen, displaying a personal tale of their experience and struggle to overcome trauma, abuse, and a difficult background.

Miami singer, songwriter, DJ, and MC Kēvens lives by the mantra, “Positivity is a Necessity.” He first made his mark as a member of Miami’s Le Coup before going solo and releasing his album We Are One. Though he’s cemented his place in Miami’s music scene, Kēvens has made waves worldwide, taking the stage at festivals like South Korea’s Ultra Music Festival, Russia’s White Nights Festival, and the One Love Fest in Takamatsu, Japan. He has guested on songs by Richard Booker, Rabbit in the Moon, Heavyweight Dub Champion and Liberation Movement, and shared stages with The Jacksons, Stephen and Damian Marley, Steven Tyler, ICE CUBE, Major Lazer, Carlos Santana, Steel Pulse, and Armin Van Buuren, among others. In the “World Is Burning” video, every category of large-scale environmental devastation makes an appearance – reminding us all that no matter who we are or where we’re from, we are all responsible.

Bay area artist Keldamuzik prides herself on performing like no one else is watching, but by now – four albums into her career, with tours and shows everywhere from Japan (with Lloyd) to the Caribbean (with Jah Cure) – people are watching.  She also runs a very in-demand entertainment company, screening her first film, Love The Original Way, at the Black Hollywood Film Festival. “Magic”, penned with collaborator Mrs. Thesis, is the title track to her new album and it’s about timeless, endless, all-encompassing love. Keldamuzik cuts a sexy, commanding figure in the “Magic” video, which was directed by Noel John Bell of Inf Gang.