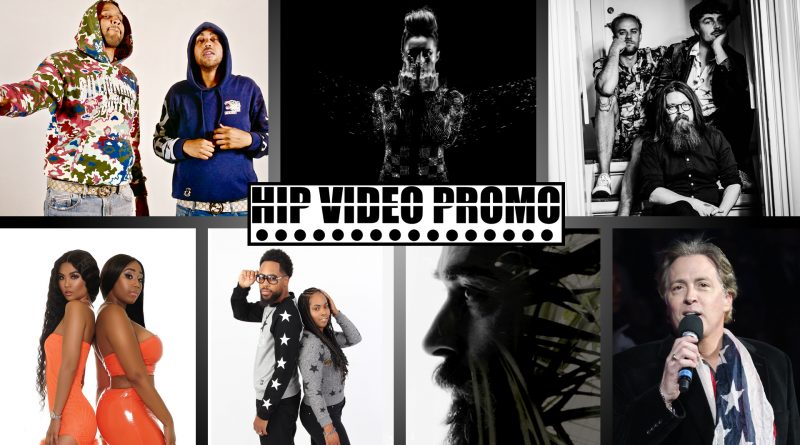 WordPress Image Carousel
As the temperatures are cooling down, excitement is high for the upcoming holiday season, but don’t worry – we’re not on vacation yet. We’ve got eight videos to share with you this week, and we hope you can find inspiration in these clips! Our latest HIP Picks – Weekly Client Roundup- take a look at the videos above, and learn more about each clip by clicking on the links below.

From North Carolina to a worldwide stage, Jae Mansa are on the come-up – and the come-up is a grind… or should we say “grynd”, as they portray it in their new single and video “Gryndin.”  “Gryndin” features Atlanta rapper Young Marco, and it’s the first single off their upcoming EP Relationships & Money, which follows up the successful full-length Yung Kings (3 million Spotify plays and counting). Directed by Mark “The Wizard” Lee, the “Gryndin” clip is a classic hip-hop performance piece.

Fresh off the release of their new album Concrete Jungle, Arizona alt-rock powerhouse act Jane N The Jungle are back with another video for “Beach On Fire.” Multiple tracks from the record have already been spun on over 200 radio stations across the US and Canada. Lead singer Jordan White directed the “Beach On Fire” video, which shows her yearning and vulnerable, eventually smashing her acoustic guitar in the ocean.

“By The Throat” Music Video: The Great Dictators (Rock/new wave)

“By The Throat” comes from Danish rock band The Great Dictators’ upcoming album One Eye Opener, the follow-up to their 2016 acclaimed release Women. For the “By The Throat” video, directors Bjørn Rosenquist and Auto Slug Lizard Gag  have turned the camera on the face of model Mawa Abdillahi for a recreation of Ingmar Bergman’s acclaimed 1963 drama, Winter Light.

Entertaining rappers often come in pairs, and Phi and Meisha – who together make up PM – are no exception. From their childhood days together in Columbus, Ohio to current residences on opposite coasts (Phi is in Los Angeles while Meisha is in New Jersey), their vocals compliment each other effortlessly. “Touch It” is their current single, and it’s paired with a video directed by D.izzzz that shows them dressed to kill as mutinous workers in an ice cream factory.

The members of PM are unafraid to make their backgrounds clear: Meisha is African-American, and Phi is Asian American. “Get It”, like “Touch It” shows their powerful alchemy. Directed by Nimi Hendrix, the “Get It” video shows the two friends in a fast car, rapping their assess off and having the time of their lives.

Jarvis Smith of The Phoenix Rose is a true believer in ecological necessity, and with shots of our blue marble in all its beauty – the oceans, polar ice caps, deserts, forests, and plains – in his clip for “Planet”, he reminds us to treat our planet with care. On the track, he’s teamed up with singer and guitarist Junior Marvin (a prominent collaborator with Bob Marley and a surviving member of The Wailers). The “Planet” video directs viewers to mygreenpod.com, a retailer specializing in ethical and eco-friendly alternatives to corporate products, and all sales and streaming proceeds from the song will be donated to plant trees, to help rebalance and regenerate our planet.

Rappers Calvin Cofield and Kimberly Rice-Cofield make music that’s full of the pain of being alive, while also carrying the Gospel within them. Ray Knowledge’s video for “I’m Straight” opens with Chapter 53 and verse 5 from the Book of Isaiah – and from there, has all the hallmarks of classic hip-hop clips. Calvin and Kimberly roll through the streets of their native Detroit in a convertible, but their faces are full of glee in every shot.

As a news anchor for ABC7 in the Bay Area, Dan Ashley constantly reports on the events going on around him. And now, through music, he and his band (who have shared the stage with everyone from Cheap Trick to Patti LaBelle) are telling stories about “What Really Matters” in life: joy, heartbreak, love, loss, and shared humanity. In the video for “What Really Matters”, Dan Ashley puts life into perspective, as he sings about miraculous encounters he’s faced and the traumatizing stories he’s heard, proving that all our priorities are relative.