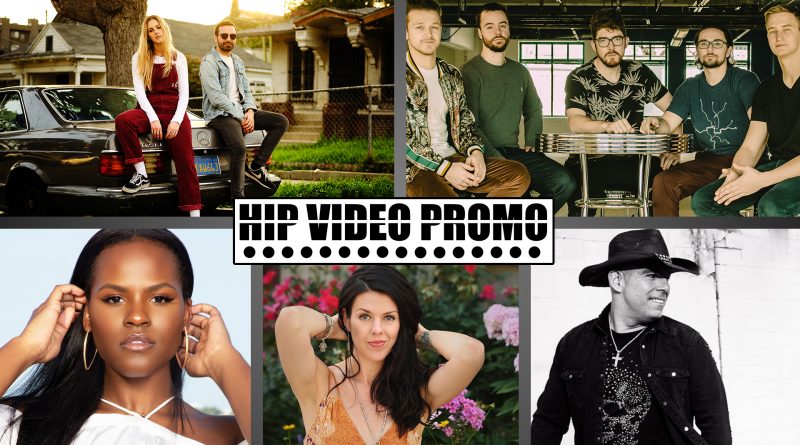 New This Week: “Love Don’t Cut Me Down” music video from Napoleon Gold, plus new videos from Teenear, Jamie Hart, Bencoolen, and STOKOFF

No matter what type of music or what corner of the globe, this week we’re sharing music videos sure to make you DANCE! Get ready to get up off your feet with our latest HIP Picks – Weekly Client Roundup- take a look at the videos above, and learn more about each clip by clicking on the links below.

Luxembourg-based / France-born musician Antoine Honorez is the man behind Cinematic Music Group’s latest offering, dream-pop project Napoleon Gold. Directed by Maria Skobeleva (Travis Scott, Tyga, G-Eazy), “Love Don’t Cut Me Down” comes from his new album Sunset Motel. Here, his powerful musical connection with Annie Merrill is front and center in this expression of just how troubling, and disorienting, sleeplessness can be.

Now signed to Slip-N-Slide Records, Miami native Teenear is in a lane of her own. She can be seen performing in iHeart’s Juice High School Tour, as well as plenty of philanthropic efforts. Her latest single, “Dolla Signs”, is slick R&B meets catchy urban-pop. The “Dolla Signs” video we’re sharing isn’t a traditional music video: instead, it’s a performance from beloved YouTube dance couple Aliya Janell and Tallie Brinson. “Dolla Signs” was directed by Jon Hernandez, and Aliya and Tallie create moves that will have you enchanted.

A member of the voice faculty at the Berklee College of Music since 2012, Jamie Hart has come back strong from a two-year musical hiatus with her new single and video “Get Closer.” Her powerhouse vocals, forged from classical training and background in rock, pop, and the edgy blues scene, shine brightly on the new track. Hart and James Novakowski perform “contact improv” in the “Get Closer” video, which was directed by Jay Golde and filmed at Surefire Creative Studios in Lowell, MA.

“Give It Up” Music Video: Bencoolen (Indie-rock)

After their Tom Misch “Beautiful Escape” cover earlier this fall, we’re back with another video from Bencoolen. This time, the DC quartet are sharing “Give It Up”, an original track that shows drums, guitar, bass, and saxophone interlocking and calling and responding. But the real spark happens when the members of Bencoolen are in the room playing music together; “Give It Up” shows the group performing live in studio.

German-born and Miami-based artist Stokoff injects a fresh, fiery South American passion into his version of country music. Though he’s still among ones to watch in the States, he’s already gotten big love from major radio stations in Colombia. On “Embrujo”, Spanish lyrics and American country sound like they were made for each other, and the “Embrujo” video – shot in the legendary Nashville Palace – brings a lively energy to the screen… we guarantee you’ll get up off your seat.