IAMX is coming to the states!

Shara Worden, a.k.a My Brightest Diamond, pulls us into her dreams 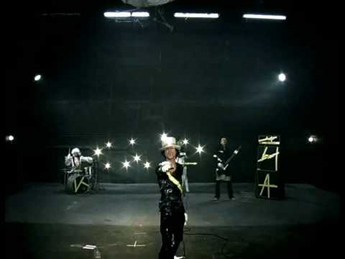 Iamx is coming to the U.S. in September! His first stop is Cambridge, Massachusetts. Check out tour dates on his MySpace page here.
Iamx dresses like David Bowie and Clockwork Orange rolled into one. Using campy, masochistic, theatrical costumes, complete with a white top-hat, he makes for an edgy persona onstage, and it’s hard to look away. He demands your attention.

Although he appears to have been influenced by David Bowie in his glam-rock style, Iamx takes a less glam and more industrial approach to his actual sound. His music is dark, dancy cabaret, with strains of Marylin Manson and Nine-Inch Nails. It’s sinister, but addictive. His video for “President,” off his album The Alternative, is below.