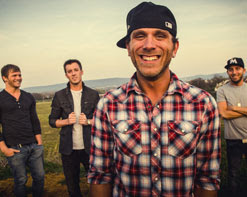 HIP Video Promo presents a video clip by a new artist Atlantic Avenue. With pop-punk inspired vocals and guitar riffs, their music transcends contemporary pop music by adding elements that are reminiscent of the most renowned pop-punk bands. Their newest clip “The Fool I Am” emanates this budding band’s ability to create astounding rhythms that are tied to sensational and groundbreaking lyrics.

Hailing from a suburb outside of Philadelphia in an area where the local music scene is primarily non-existent, Atlantic Avenue began as a small-scale music project that quickly grew into something no one expected. Lead vocalist and guitarist Jon Sayer captivates pop-punk audiences with his astounding lyrical ability; his vocals capture the much-loved pop-punk music scene with comparisons to much loved musicians of the past. With influences tied to New Found Glory and The Starting Line, Atlantic Avenue is producing a well-rounded blend of pop-infused music that transcends their contemporaries and is wowing the current music scene.

After being nominated for MTV’s VMA “Breakout Artist of Philadelphia” and performing their very first show for over ten thousand eager fans, interest in the band rapidly grew. Their self-released EP One Night Only promoted a tour of the east coast and left music fans anticipating their next action. Atlantic Avenue spent the summer of 2011 rocking out on the stages during Vans Warped Tour, and showed no sign of slowing down any time soon. After much press and critical acclaim from their new album When the Lights Go Down, Atlantic Avenue has made a name for themselves. Eulogy Records presents their breakthrough video for the most anticipated single yet “The Fool I Am,” offering contemporary music fans of all ages with a band that breaks the rules and shows no boundaries.