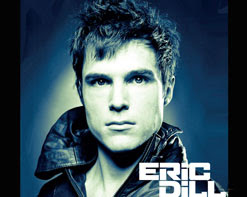 Platinum recording artist Eric Dill released his edgy and pop-rock inspired single “War With the Wolves” to mainstream radio earlier this September, and HIP Video Promo is delighted to introduce the video clip for this awe-inspiring song. The song is the first of three singles that will be released to radio throughout the upcoming year and the next, and “War With the Wolves” serves the purpose of presenting viewers with all that this star has to offer.

Eric Dill, known as the lead singer and guitarist of the popular pop-rock group The Click Five, has launched his solo music career. This critically acclaimed singer, songwriter, and musician is an Indianapolis native, known for selling out shows from across the world during the 2005 Backstreet Boys Tour and Ashlee Simpson’s North American Tour. Dill has appeared on major television shows such as Live with Regis and Kelly, Late Night with Conan O’Brien, MTV’s TRL, and Jimmy Kimmel Live. He has also played the male lead role in Sony Pictures movie Taking Five. However, he parted ways with the members of The Click Five in November of 2006 to begin focusing on his own ambitious and exciting solo career.

Dill has collaborated with well-known artists from contemporary bands such as fellow musicians of Nickelback, Chris Daughtry, and contestants from the television series American Idol. His first produced single “No Surprise” received a Platinum Album Award in 2009, along with two BMI Pop Awards during 2010. Dill is set to release his highly anticipated debut album Forever is Not Enough on Vigil Records in November, just in time for the holiday season! Dill’s unique style and personal views on life can be experienced within his music, and HIP Video Promo gives a warm welcome to Eric Dill with his new video for “War With the Wolves.” Full bio HERE.