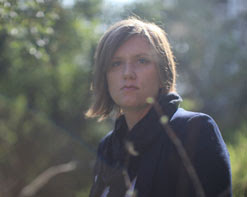 Garrison Starr has learned a thing or two about crafting the elements of a naturally good story. Not such a surprise, because not too long ago, she hit the road supporting major acts such as Melissa Etheridge, Mary Chapin Carpenter, and Steve Earle. This Mississippi native hit home with 2002’s Songs from Take-Off to Landing, and as she made the road her home, she has since maintained a large fan-base for a following. With influences revolving around The Avett Brothers, Death Cab for Cutie, and Laura Veirs, Garrison Starr maintains a soulful aura and natural born talent in her upcoming video for “Slow Crawl.”

HIP Video Promo recognized Starr as an artist full of rising prominence and esteem. From her adopted home of Los Angeles to New York City, along with music scenes from Nashville to Miami, she has continued to establish herself as a successful draw within the indie pop/rock music scene. Garrison Starr has maintained her belief in her wholehearted fans, steering away from the erratic pen of the media. Her consistency and generous approach to songwriting makes it easy for her fans to adhere to her stylistic endeavors. Her ability to make her songs seem effortless and entirely unselfconscious is what grabbed HIP Video Promo’s attention. Her songs such as “Big Sky,” “At the Heart of This Thing,” and “Kuncklehead” maintain her breezy, independent lifestyle and have landed her the integrity of Triple-A radio, specifically aiming toward mainstream play. Co-written by Kevin Devine and directed by one of HIP Video Promo’s other current artists, AG, “Slow Crawl” emanates all of the above traits that Garrison Starr’s music possesses. Full bio at HIPVideoPromo.com!