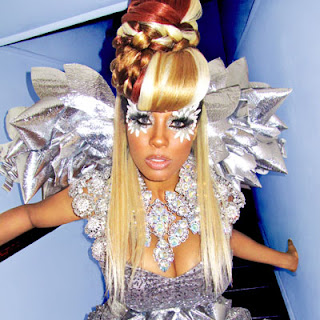 From KwanzaJones.com (her official HIP Video bio is coming soon!):
Kwanza Jones established her dance-pop credentials in 2011 with her Billboard charting hit, “Think Again.” This song signaled the Supercharged sound for Jones, who is known for her never-ending energy and non-stop curves. Born in Los Angeles on Thanksgiving Day, Kwanza exhibited a certain star quality from childhood to present — often winning beauty and talent contests, including the Miss Baltimore pageant. Being a former track star, her competitive drive was just as strong. This might explain why Jones, who grew up in Washington, DC, finished at the top of her high school class and went on to graduate from Princeton University.
Although new to the scene, Kwanza Jones has made key national appearances including performances at Matinee Las Vegas, the Girls 4 Boys Tour, Winter Music Conference and stops in San Francisco, San Diego, Atlanta, Los Angeles and New York. Kwanza’s latest single, “Time To Go”, already has people talking. The newly released video was recently featured on numerous sites including Yahoo Music alongside Nicki Minaj and on British celebrity gossip site PopDash.

Check out the incredibly sexy vid for “Time To Go” below: