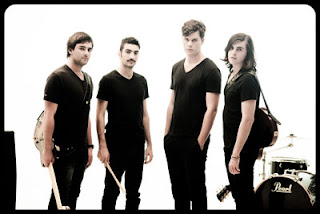 An ode to a lost loved one, the song begins with arpeggiated guitar lines that immediately show the fluidity of guitarist Joe de la Hoyde. Combined with brother John de la Hoyde on bass and Josh Baissari on drums, these three form a formidable trio of soaring sounds that are perfect showcases of their skills.