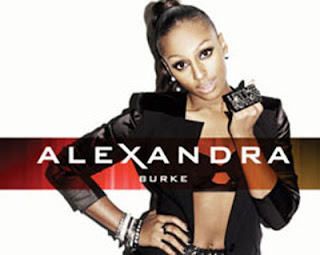 Hello programming friends, it’s Andy Gesner and the HIP Video Promo staff here bringing you a true British superstar who is positioned to achieve the same status on this side of the Atlantic. For over a decade, hopeful and wide eyed singers and performers have put their talents and dreams on the line in front of critical and even more critical national television audiences. Whether it be American Idol here in the US, or The X Factor in the UK, few artists escape unscathed, but those that claim the grand prize are catapulted into instant stardom. So when Alexandra Burke took emerged as the winner Season 5 of The X Factor in the UK it was a given that she would become a household name. Her first single, “Hallelujah”, became the best selling single in Britain in 2008, and she became the first female solo artist to top 1 million singles sold in that country. For reference, a platinum record in the UK is achieved by selling 300,000 units. They don’t even have a classification for 1,000,000!

She has continued on her torrent pace, with her full length debut, Overcome, debuting atop the UK charts and the single “Bad Boys” reaching number one on the singles charts as well. A string of chart toppers followed and now she is getting closer to the release of her new album, Heartbreak On Hold. The first single from Heartbreak On Hold is the heavy handed and propulsive track “Elephant”. In order to up her game, Alexandra Burke teamed up with one of the most sought after producers in the house music genre, Erick Morillo. Morillo has single handedly helped shape the house music scene both in the US and internationally with his stellar production skills, as well as his business savvy with his label, Subliminal Records. For “Elephant”, Morillo has invoked his passion for house music and injected into Alexandra Burke’s own unique style. The end result is a song that at its core has an unforgettable hook and is delivered in a package of nonstop beats, rhythms and layers that transforms Alexandra from a pop singer into a true entertainer on all levels.

In the video for “Elephant”, Alexandra and crew transform an abandoned into an all out dance party chock full of choreographed goodness and flashy wardrobes. Throughout the song she proclaims repeatedly “You want to talk about it? There’s an elephant in the room” and we can interpret that perhaps this big party and the good time Alexandra is having is masking over a deeper issue that she’s choosing to ignore. Click here for the entire bio on HIPVideoPromo.com!