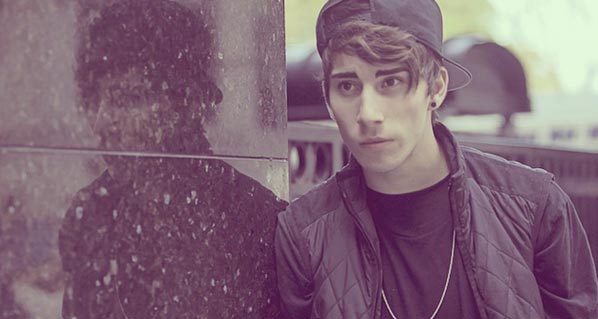 Hailing from Sydney, Australia, Nick de la Hoyde is a triple-threat for the modern age: singer, songwriter, and rapper. And although he may only be 20-years-old, the handsome, fresh-faced de la Hoyde has walked a long road of unexpected twists and turns, complete with sweeping highs and crushing lows. At 15, following his dreams of a professional football career, he moved to Barcelona where he remained for 4 years. He first began rapping as an outlet to express his frustrations, and then moved onto writing lyrics and melodies to his favorite instrumentals. Soon enough, his passion officially shifted from sports to music, composing original songs with his brother Joseph de la Hoyde (de la Aurora, Monks of Mellonwah) and promoting them online where a loyal fanbase quickly developed and continues to grow. (His Instagram account alone has gained well over 60K followers in a few short months.) Catching the interest of Chicago-based Hip Hop producer Lemoyne ‘LA’ Alexander (R. Kelly, Aaliyah), Nick was invited to the USA to collaborate. The first fruit of this international partnership is de la Hoyde’s outstanding debut single, “The Longest Way.” HIP Video Promo is very proud to present the accompanying clip, in all of its stunning, widescreen glory.