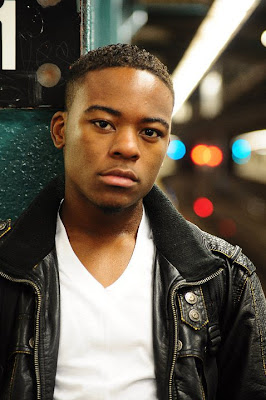 Born in New York, New York to Errol George Wint and Marcia Angela Brissett Wint, Warren Daryl Wint took his first breath of fresh air on January 27 1991. Warren grew up on Long Island, New York with his mother and brothers traveling back and forth until finally settling down in Elmont, then Floral Park. Warren was never one to be interested into music, in fact , he wanted to have several different occupations before thinking about becoming a music artist. What got Warren interested into music as a career was his an event that occurred at his friend’s birthday party which took place on November 20 2003. A freestyle competition was held in which the winner was to receive money as a prize. Warren figured he and his best friend Joe go up on the stage and split the prize money in what would seem as a “win,win” situation. Once on stage, the two battled each other hoping to get some money and along the way, notoriety. Unfortunately for Warren, that experience would be one to remember forever! As Joe finished reciting his verse, Warren was hoping to hear his name announced as the winner for the competition, but instead the crowd had other plans in mind. “Booooooooooooo” as the crowd roared the sound of a loud boo that would echo in Warren’s mind like a repetitive chant. From that day forward, he vowed to prove everyone wrong, everyone that doubted him, he vowed to show them that anything can be achieved once you put your mind to it. At first it was a challenging task writing songs let alone verses , but as time progressed on, it seemed to come natural as soon as a beat was played. Currently, Warren resides in Floral Park with his family and is working hard as an unsigned artist to promote his music. Warren Wint plans on making his mark in the music scene as not only an independent artist who is willing to do anything and everything to achieve his dreams, but as a person to be remembered forever.

Check out his video for “One Man’s Trash” here: