Jared Scharff and the Royals: In the studio 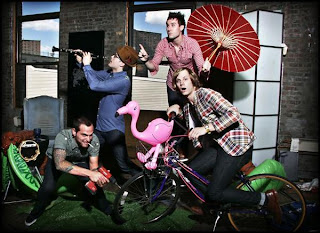 Jared Scharff and crew recorded themselves recording, and posted the resulting video online, which you can see below. Jared plays an intricate, complicated guitar solo, and breaks down into many thousands of TV screens. I think they were having a lot of fun with iMovie.

Jared Scharff is the guitarist from Saturday Night Live. He and the Royals play epic rock music, with fasincating guitar solos–but they keep a pop sensibility about them, never going over-the-top, keeping it low key and casual. They’re like a pair of really comfortable jeans that you can’t stop wearing and they’ve been acknkowledged many times over for their body of work. Don’t believe us? Just ask Billboard Magazine, whos annual “World Song Contest” they’ve won.