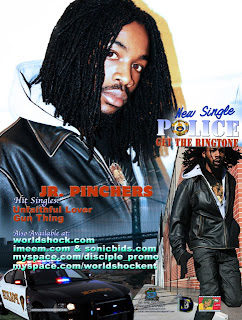 In fact, Jr. Pinchers was born in the family of a Jamaican legend; his father, Pinchers, is one of the most important dancehall artists of the 1980s. Jr. Pinchers has as much talent to offer the world as his father; at the age of fourteen, he’d already made a single that became a hit!

Watch the video, a collaboration with Twinz Beatz, below: