Julien-K awaits the ‘Return of Analog’

The AKAs will be touring come February 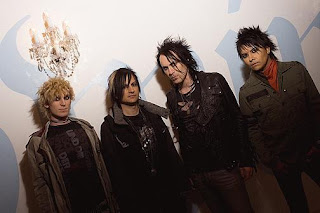 As the death of analog TV approaches, so does the release of Julien-K’s new album, “Return of Analog.”

We’re losing analog TV in February, and Julien-K’s album, to be released in February, is titled to suggest its messianic return. An analog TV revolt. Maybe some analog TV Jedis. Who knows.

Julien-K is an electronic powerhouse with danceable tunes, trance-y remixes, and fab hair. Look at that hair. Not to mention that they’re from Long Beach.