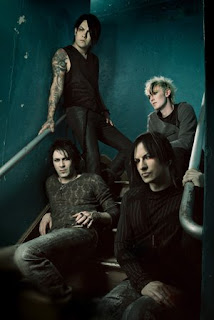 Julien-K got a mention in Revolver, the self-dubbed “world’s loudest rock magazine” in the May issue. Here’s a photo of the article, a one-paragraph review of Julien-K’s newest effort, Death to Analog.