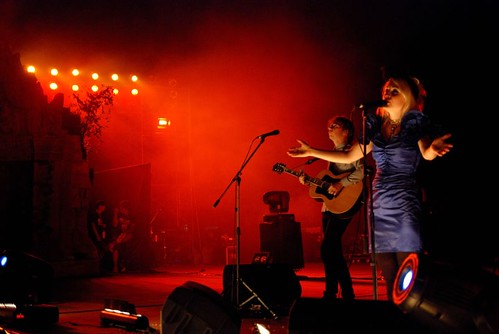 On March 27th, Kate Miller-Heidke performed at the 40,000 seat My-Dinh Stadium in Hanoi, Vietnam as a part of the MTV Exit national tour of Vietnam. The concert tour is designed to raise awareness about human trafficking in Europe and Asia, with other stops in Ha Long Bay, Can Tho and Ho Chi Minh City as well. Kate was a co-headliner along with Korean pop sensations Super Junior, making their first ever appearance in Vietnam. We salute Kate for taking a stance on this issue that affects the lives of millions of people across the globe.

Check out a behind the scenes video below: