Musician MUST READ: “Get More Fans, The DIY Guide To The New Music Business” by Jesse Cannon 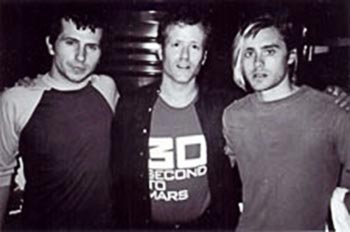 Welcome to our second installment of HIP’s Magic Moment Monday!

Today we jump in the time capsule and go all the way back to August 15, 2002 and the location is New York City at The Mercury Lounge. There was a new band on the scene called 30 Seconds to Mars, and their debut video “Capricorn” was an epic undertaking. The biggest buzz about this band was that it included an actor named Jared Leto, who at the time was a teenage heartthrob on TV (My So Called Life), but not much more. A lot of people were thinking at the time, “this new band is going to be as bad as Keanu Reeves’ band Dogstar!”.

Looks like Oscar winning Jared Leto has proven everyone wrong.