New Ivory teams up with Joe Marlett (Foo Fighters, Queens of the Stone Age, Blink 182) for “Something You Should Know” 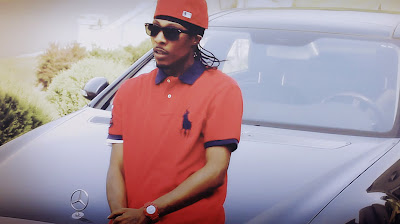 Sometimes tradition can spawn an unpredictable muse. When Marcus “Max Pain” Branch sat in church and listened to his mother sing in the choir, love for the sound of voices and instruments grew into what has now become a highly-visible career in rap music. Pain has, since then, spent countless hours in the studio pumping out track after track under his moniker and for several other notable names, gaining admission into the Platoon records roster. The catalog flows with tracks such as “Stuntin” featuring former No Limit artist/producer Fiend; “Stop Schemin” (Remix) featuring infamous New Jersey femcee Lady Luck; Pain also wrote lyrics, rapped, and co-produced the mix tape The Stimulus Package along with DJ Dutty Laundry. His music has been on display around the country, performing on stages along with major acts such as Busta Rhymes, Young Jeezy, Trina, Young Buck and YoungBloodz. The young rapper has also been featured on popular genre websites like Coast2Coast Magazine, StarForceHipHop, RapHDTV, and DMV Life.

“Off To The Money” is a hustler anthem from start to finish. The track deals with the hardship of hitting the ground running at 5:30am daily. While some folks are still sleeping, this rapper is working his chops to afford a lifestyle that others complain about not having. Living upscale, riding around in a Benz, and having it all comes at the cost of time and sleep, and we all have to hustle to make it happen.